The Must-See Attractions of… St Augustine 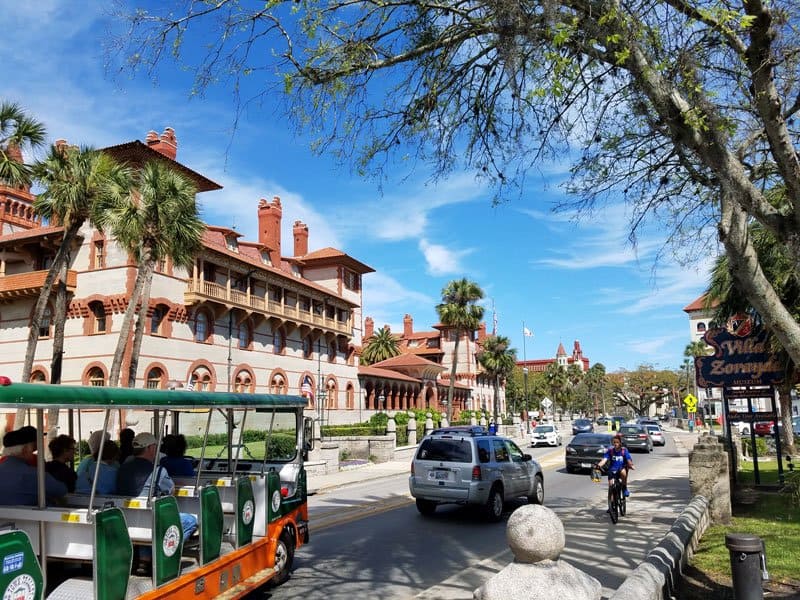 While the Sunshine State’s beaches and theme parks are the prime draws for the majority, Florida still boasts superb city experiences that are equally compelling. This series of blogs looks at the fabulous array of attractions that await in the state’s many urban destinations.

When it comes to antiquity, Florida has a surprising amount of the old and historic; places that are rich in heritage and culture. But they all have to take a back seat to one city in particular, and that is St Augustine on America’s First Coast.

The name itself should be the giveaway. The obvious European designation of the city is a clear pointer; this was the first part of the USA to be settled by European colonists back in the 16th century, fully 42 years before Britain’s first settlers arrived in Jamestown, Virginia, and 55 before the Mayflower pilgrims reached New England.

Conquistador Juan Ponce de Leon scouted this coastline as far back as 1513, but it wasn’t until Pedro Menendez de Aviles brought his boatload of Spanish explorers over in 1565 that the first non-native settlement of America was established, the continent’s oldest city. 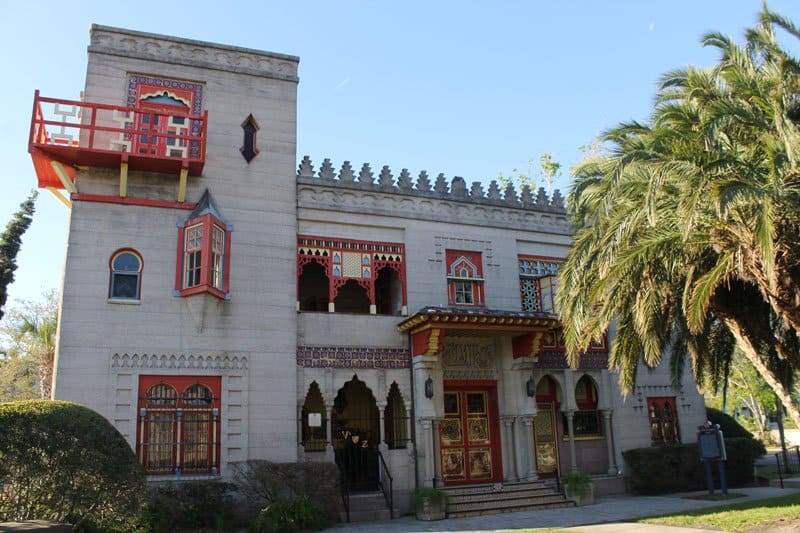 The History of St Augustine

Given the name St Augustine in honour of the patron saint of Menendez’s home town of Aviles, it was originally founded as a warning to the French, who were exploring the coast further north and soon came into conflict with the Conquistadores in La Florida, as the new land was named.

After winning the initial ‘turf war’ over Europe’s new frontier, the Spanish quickly colonised most of the state, but remained most enamoured of the original coast they had discovered, developing St Augustine as their capital for almost 200 years before coming into conflict with the British colonies to the north in Georgia and the Carolinas.

St Augustine was attacked and sacked in 1586 by Sir Francis Drake, who drove most of the Spanish settlers into the hinterland. However, he lacked the manpower to hold on to his new prize, and the Spanish returned as soon as he left.

From 1740 to 1821, the state switched from Spanish jurisdiction to British, and back again, as Europe’s super-powers duelled it out on both sides of the Atlantic, before the US took control of it as part of the Transcontinental Treaty.

St Augustine has revelled in its colonial roots ever since, providing a unique mix of European influences in its architecture, culture, festivities and cuisine, but all the time being a genuine Floridian original.

Getting Around St Augustine

Situated 110 miles north of Orlando, the First City of America’s First Coast is easily accessible via motorways I-4 and I-95, while it is just 30 miles south of Jacksonville. Having a hire car to get there is highly desirable, but you can get around most of the city quite well without a car once there.

Just to start with, the downtown area is extremely walkable, and you can stroll from one side to the other in little more than 20 minutes. Nearly everywhere is pedestrian-friendly, while the main thoroughfare of St George Street is largely traffic-free.

You also can’t be in town for more than a few minutes without noticing the two regularly-circulating Trolley tours, which provide both a great hop-on, hop-off way of getting around and an ideal gateway to all the main attractions, with lots of history on the way. 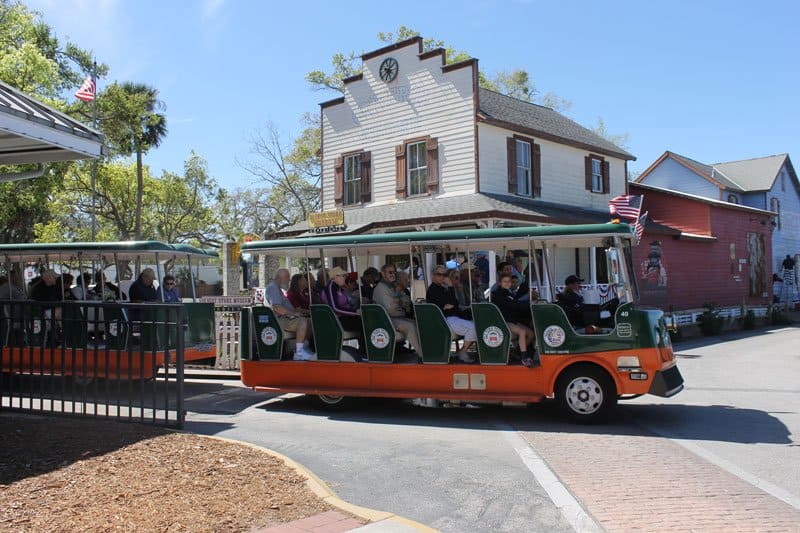 Take your pick from the green-and-orange Old Town Trolley Tours that operate daily from 9am to 4.30pm on a circular route with 22 stops, and the Red Train Tours, with a similar 90-minute circuit from 8.30am-5pm featuring 24 stops. Both offer one and two-day tickets, and they are great value.

However, if you want to get out to the nearby beaches – and there are almost 42 miles of blissful white sands – you will need that hire car to get around, even though it’s only a six-mile drive.

What is there to see in St Augustine?

Given that it’s had 455 years to get to know itself, this is a destination packed with history, activities, sight-seeing and shopping. From the originality of the St Augustine Distillery, superbly presented in the city’s former ice plant (and with free tours daily), to the fabled Fountain of Youth, you could spend a week here and only just cover it all. 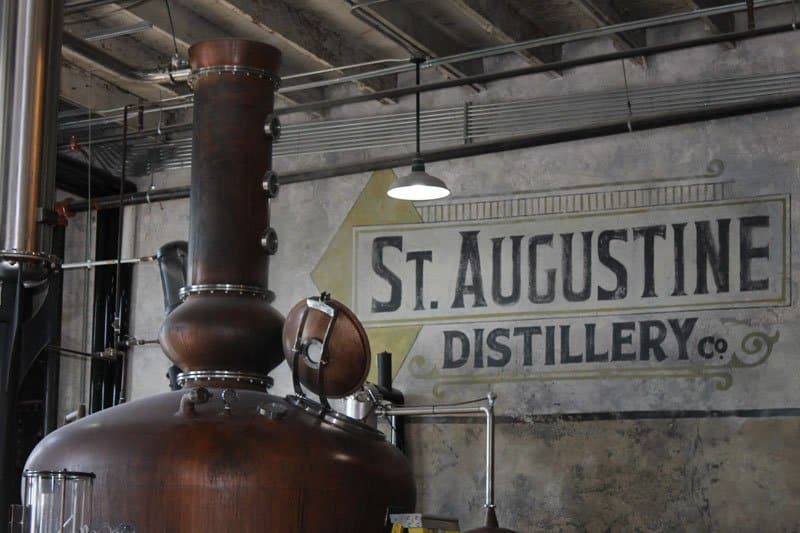 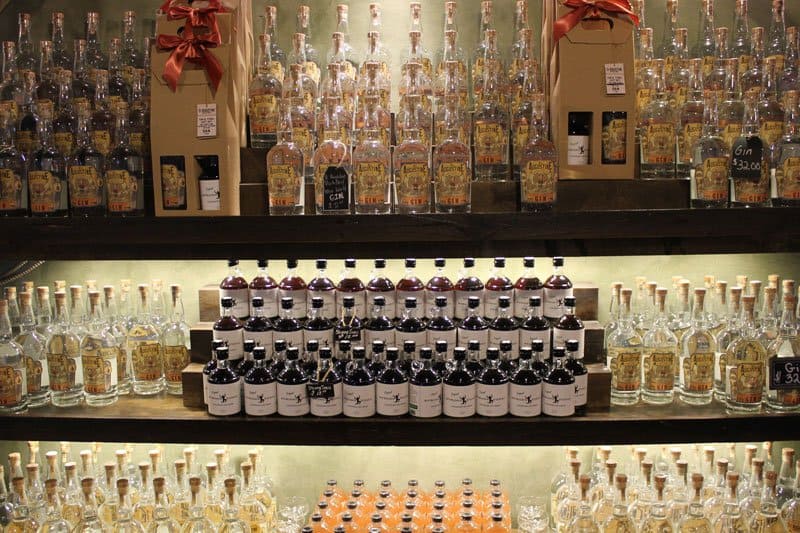 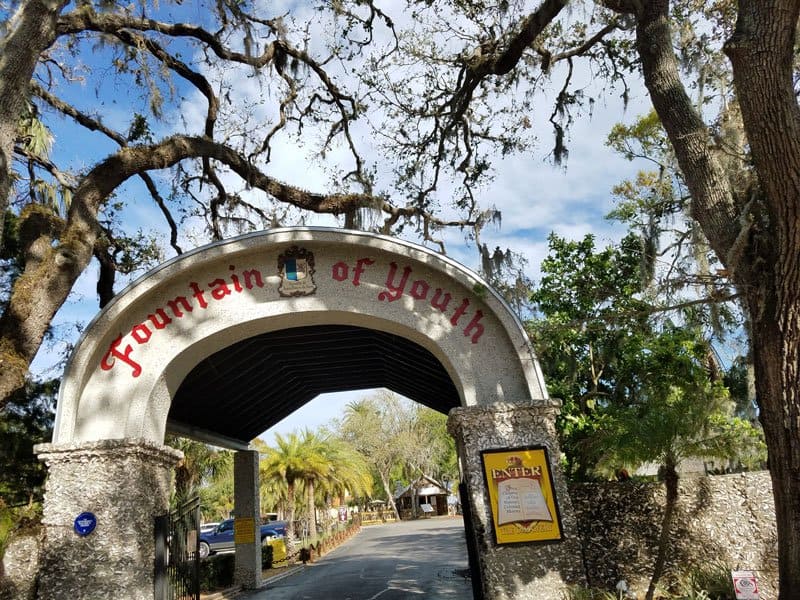 You should definitely start at the Old Jail Museum – dating back to 1891 and originally built to look like a hotel – at the historic plaza that includes the Oldest Store Museum Experience, Gator Bob’s old-time gift shop, the cute History Museum and the starting point for the Old Town Trolley. 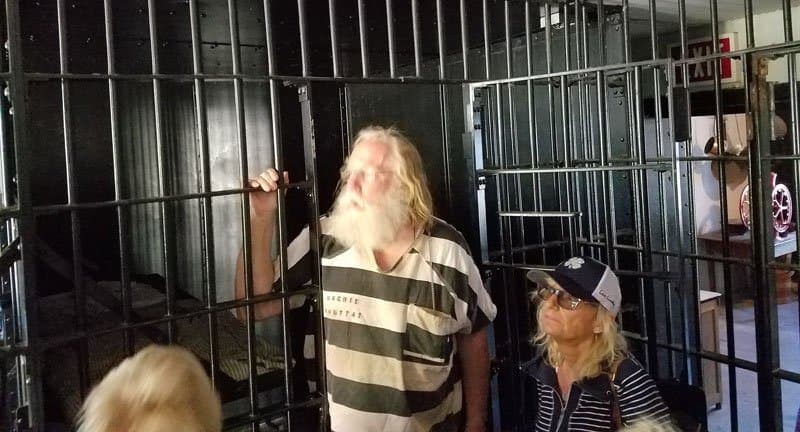 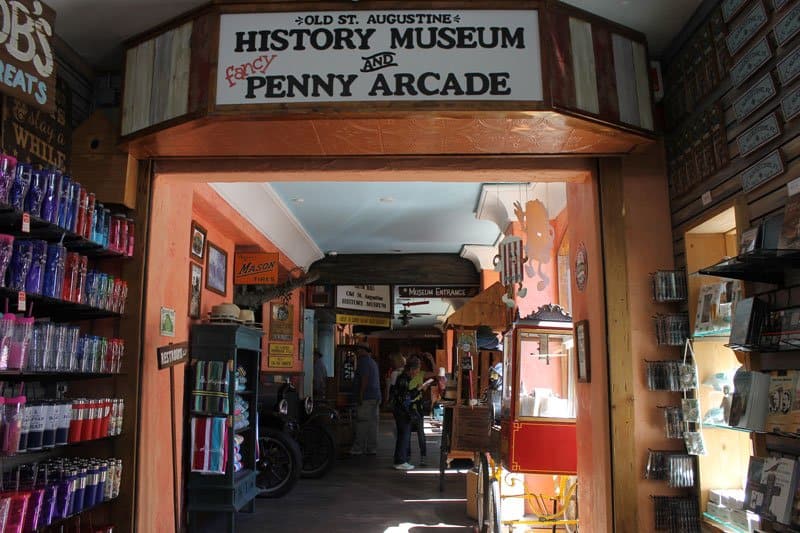 There is plenty more history in store at the Lightner Museum, which traces the city’s railroad era from the 1880s, the 19th century masterpiece of the Villa Zorayda Museum, the Governor’s House Cultural Center & Museum, and St Augustine Lighthouse and Maritime Museum, while Ripley’s Believe It Or Not Museum adds a fun, fantastical edge to the entertainment options in best Guinness Book of World Records style. 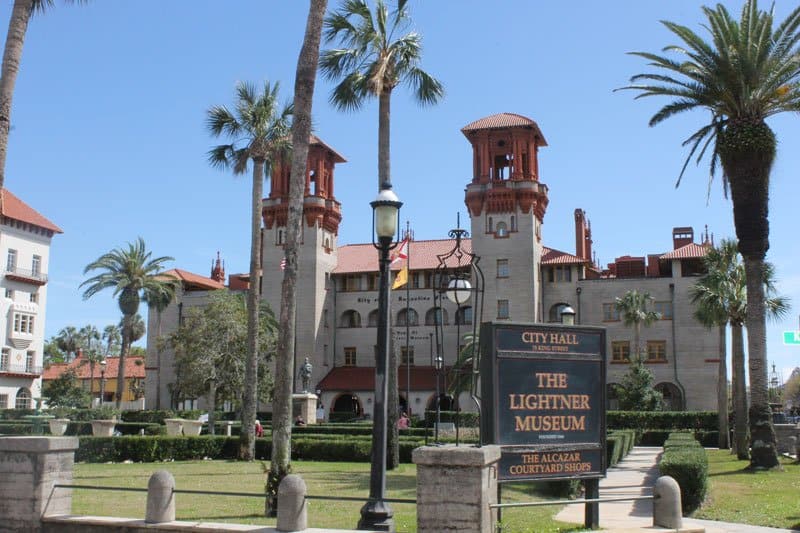 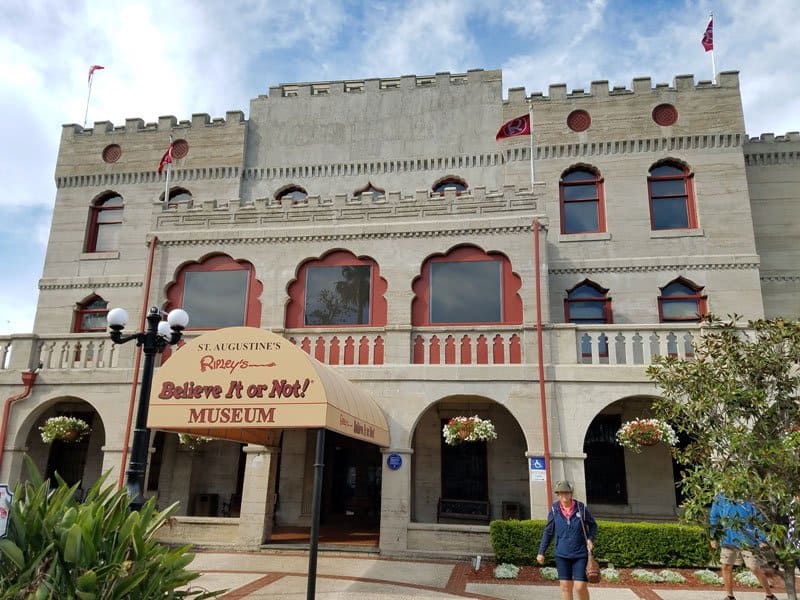 Believe it or Not Museum

No visit to St Augustine is complete without a tour of the superb 19th century structure of Flagler College, originally the Hotel Ponce de Leon of railroad baron Henry Flagler, which opened in 1888 and is a National Historic Landmark that holds a truly iconic place in the heart of the historic quarter. 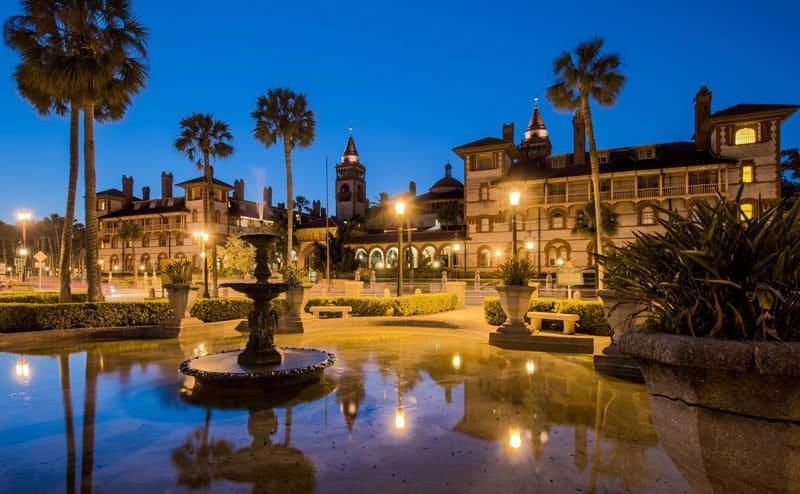 And do take a walk along pedestrianised St George Street, which is just packed with historic houses, sites and markers dating back to the 18th century. The large-scale historic sites, though, are those of the magnificent Castillo de San Marcos – the original Spanish fortress that saw its initial construction in 1672 – where you can see daily re-enactments of colonial life, and Fort Matanzas, the “back-door” fort of the city. 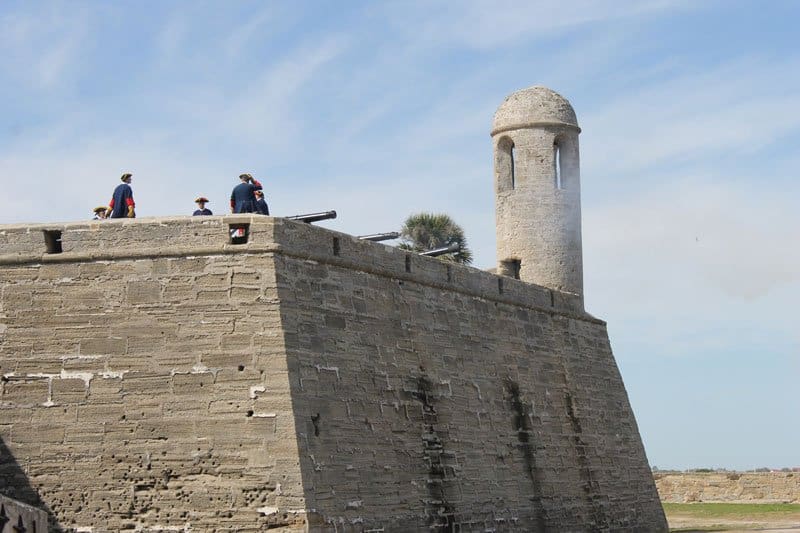 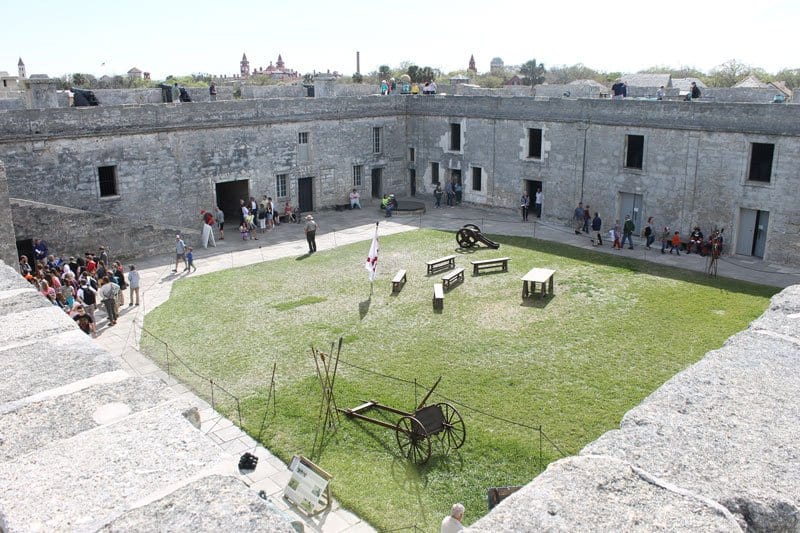 Where to eat in St Augustine

If it’s true that the city is packed with sight-seeing and attractions, it is equally on the mark that this is a great place to come for a memorable meal, with a range of cuisines that date back to those original Conquistadores.

Traditional Spanish cooking has been given a modern twist, though, at places like La Cocina, Casa Maya, Taberna del Caballo and the grand Columbia Restaurant. There is also the swish Costa Brava restaurant inside the period style of the Casa Monica Resort & Spa, with an impressive range of Mediterranean dishes. 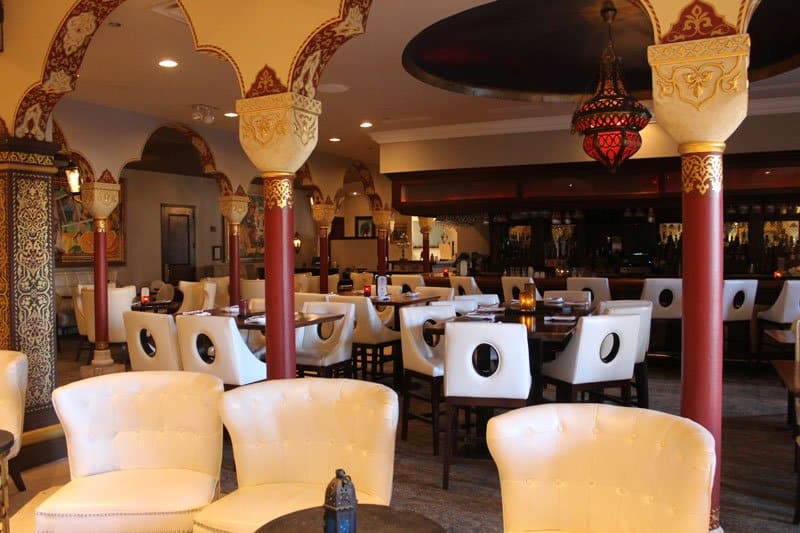 Some of those traditional ideas and flavours have also been developed in distinctly local fashion over the decades, and you’ll find some fresh, Floridian variations on this theme at the fine-dining choices of Michael’s, Preserved Restaurant and Collage, while Uptown Scratch Kitchen features Latin American specialities and The Blue Hen Café is a great locals’ breakfast choice.

Fresh seafood is the order of the day at O’Steen’s Restaurant, Cap’s On The Water, Catch 27, Sunset Grille and Harry’s Seafood Bar & Grille, which also offers a lovely pub-style garden. For a selection of all the above, with a very modern take on classic American cuisine, be sure to check out The Floridian for lunch or dinner (but especially the latter, when their outdoor patio is a gorgeous spot for a leisurely meal).

There are absolutely dozens more, and you are also likely to discover something new at some stage, as St Augustine’s dining scene is a dynamic and vibrant one.

Where to stay in St Augustine

From deluxe inns to good-value standard hotels, this is also an easy place to find a varied and reliable cross-section of accommodations, as we highly recommend at least an overnight stay to enjoy as much of the city as possible.

At the top of the scale is the eye-catching Casa Monica, the historic Flagler-era hotel that maintains a notable element of tradition and style, as well as The Collector Luxury Inn & Cottages, which is a collection of 18th century buildings that have been beautifully restored to modern standards. 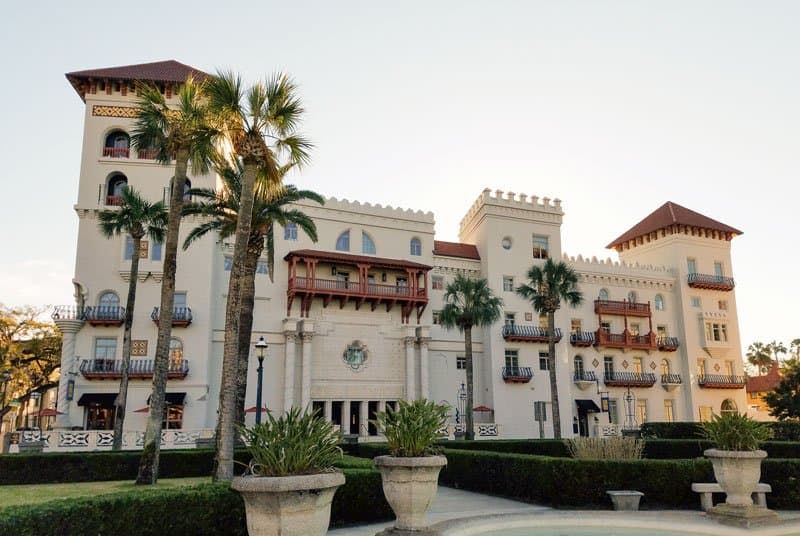 The St Francis Inn is a lovely bed-and-breakfast option in the heart of the old town, as is the Victorian vintage Cedar House Inn. Another upscale choice is the Hilton St Augustine Historic Bayfront, while, for golf fans, the feature-packed World Golf Village Renaissance St Augustine Resort has just about everything they could ask for.

For a moderate-priced hotel that is just out of the city mainstream (but still walkable to downtown), we also like the modern TRYP by Wyndham, with a highly relaxing ambience and a pleasant pool deck, all overlooking the San Sebastian River.

While this historic destination isn’t exactly a Florida secret, it remains an undiscovered gem for many as it doesn’t have the big-city style of Orlando, Tampa and Miami or the contemporary luxury of Palm Beach, Naples or Sarasota.

However, it remains unique, both in the Sunshine State and the US as a whole, for an original experience steeped in colonial heritage, Victorian fashion and modern sensibilities. It boasts historic monuments and up-to-the-minute developments – especially in its dining options – and it positively revels in its designation as America’s oldest city.

All in all, it offers a rich and rewarding experience that will surprise and delight in equal measure as it highlights, yet again, Florida’s unparalleled source of contrasting holiday enchantments.