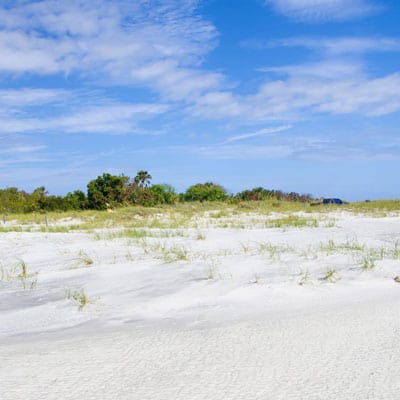 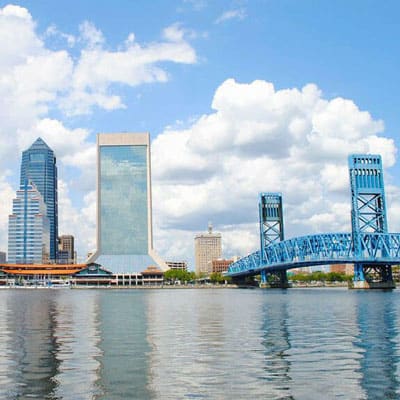 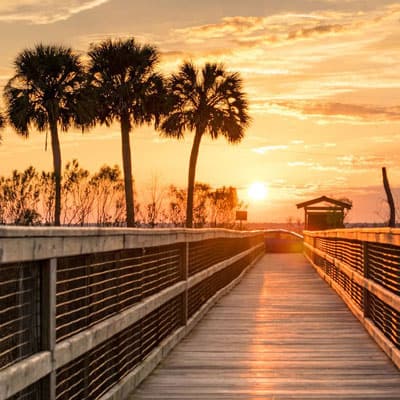 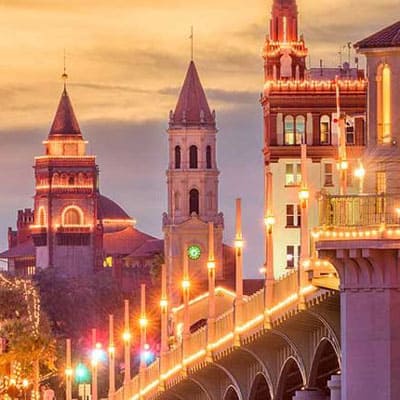 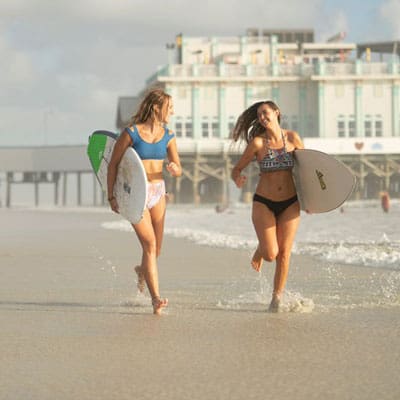 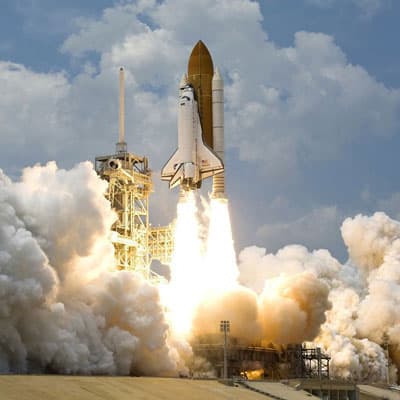 When it comes to the great hallmarks of Florida, there are few things quite so iconic as Cape Canaveral and the Kennedy Space Center. The home of One Small Step For Man has been an institution hereabouts since 1962, when it was established as an independent NASA field centre, and it has gone on to launch every one of America’s major manned missions into space, as well as any number of unmanned missions. From Apollo to the Space Shuttle and now the new Orion programme, the KSC has been at the forefront of space exploration, so it makes sense that this 110-mile stretch of coastline should be named after its greatest feature.

From Ormond Beach in the north to Palm Bay in the south and bordered by the St John’s River to the west and the Atlantic Ocean to the east, this is a rich region of history and beaches, man-made achievements and wonderful natural environments. The Space Center is the crown jewel, but cities like Daytona Beach, DeLand, Cocoa Beach, Melbourne, Viera and Port Canaveral add a wonderful amount of further possibilities, especially with the motor-racing history of Daytona and the eco-tourism of places like Merritt Island National Wildlife Refuge, Canaveral National SeaShore, Blue Spring State Park and Deleon Springs.

Continuing further south brings you into the Treasure Coast, another blissful 70 miles of fine sands and even finer resorts. It gets its ‘Treasure’ nickname from the many shipwrecks along this region in the 18th and 19th centuries, including the loss of a Spanish treasure fleet in 1715. This was largely untouched and undeveloped swampland until the early 20th century, when Henry Flagler’s railroad helped put down some roots and develop a string of small towns and cities, many of them with tourism as their main business.

Even today, most significant development is confined to the coast, with the likes of Vero Beach, Port St Lucie, Stuart, Jupiter, Fort Pierce, Jensen Beach and Hobe Sound providing some charming stopping points along the way, all with their own local claim to fame, especially around the St Lucie River, which creates a unique marine environment where it meets the intercostal waterway of the Indian River and the sea life is beyond plentiful. Beach life is largely the name of the game, while there are also some surprisingly good surf spots along the way (like Sebastian Inlet) as the Atlantic can throw up some impressive waves, in contrast to the much milder (and slightly warmer) Gulf Coast. 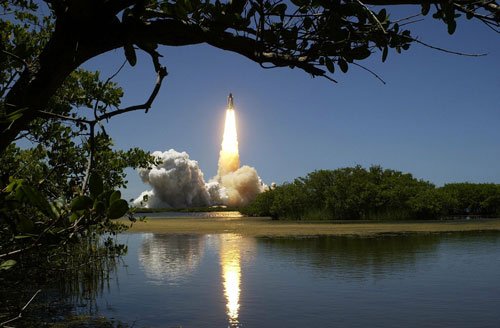 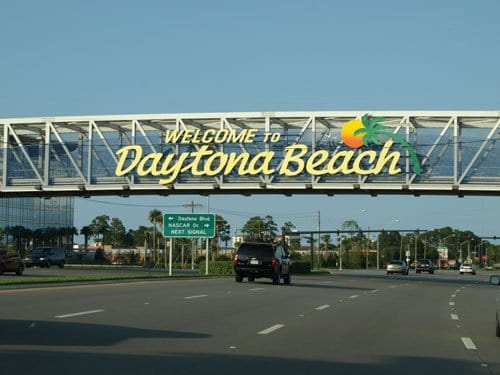 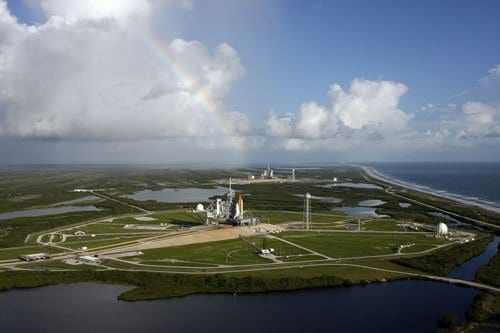 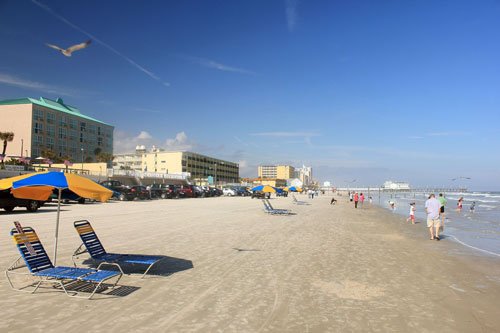 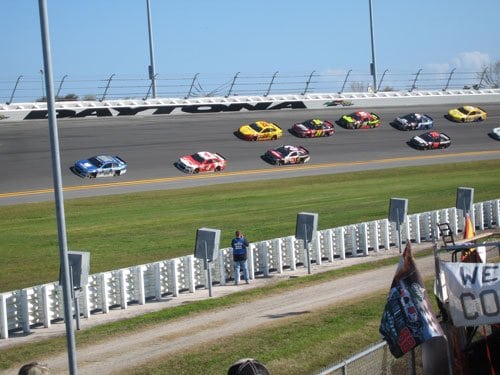 First and foremost, this is classic beach territory, so you’ll want to know there are almost 200 miles of open sands just waiting to wrap you up in their golden indulgence. It is almost impossible to go wrong with your choice of beach location anywhere along this coastline, but, when you need to take a break from basking, surfing or paddling, there is plenty of choice there, too.

As already mentioned the Kennedy Space Center is one of Florida’s must-see attractions these days as it has spent almost $200million in recent years on modernising its many exhibits and tours, making this a vibrant and captivating place to visit. There are also more rocket launches than ever before from the KSC.

Head further north to Daytona and you’re at the home of American motor-sport, where Sir Malcolm Campbell set speed records and a whole new style of racing was born in the 1950s. The colossal Daytona International Speedway has all this covered in an amazing setting for high-octane excitement.

Ormond Beach also has its own tribute to the motor-racing phenomenon at Birthplace of Speed Park, while you can get a literal taste of the action at the famous Racing’s North Turn beach-bar restaurant at Ponce Inlet (just south of Daytona Beach), where the first beach races took place in the 1930s.

Slowing down a touch, Ponce Inlet also boasts the Marine Science Center, a natural marine history museum, as well as a host of boat tours to go dolphin-watching, fishing or sailing, which are common all the way along the intracoastal waterway here. Brevard Zoo in Melbourne provides more animal attractions, as does the Florida Oceanographic Society’s Coastal Center in Stuart.

For interactive history of the area – and a great view – head for the seven-storey Exploration Tower at The Cove in Port Canaveral, which boasts a full overview of the area, a gift shop, café and several superb observation decks overlooking the busy port. It’s also prime viewing territory for rocket launches. The Cove is a growing area in its own right, with shops, restaurants and bars that add even more life to Port Canaveral’s bustling profile.

Horticulture fans should make a beeline for McKee Botanical Gardens in Vero Beach, which dates back to the 1920s, and this is also the place to take in the McClarty Treasure Museum to find out first-hand how the area got its name.

Dolphins, manatees and sea turtles are all the order of the day along this fabulous stretch of coastline, and you can find a wide variety of viewing spots, eco-tours and animal habitats to explore throughout this region. Stuart is almost the epi-centre of what’s on offer, at the merging of the St Lucie and Indian Rivers, and, as well as a ridiculously cute town, you will find half a dozen tour operators – like Sunshine Wildlife Tours – who can get you up-close-and-personal with the local nature.

Birdlife in profusion (along with the inevitable alligator or three) is the order of the day at Merritt Island National Wildlife Refuge close to the KSC, with a self-driving tour that will feel light years away from the tourist mainstream. Equally, Jonathan Dickinson State Park in Jupiter is another repository for a great range of Florida wildlife, as is Pelican Island National Wildlife Refuge, just north of Vero Beach.

For almost guaranteed manatee sightings, Blue Spring State Park, inland from Daytona, is a must-visit for its wonderfully naturalistic aspect. The pier at Sebastian Inlet State Recreation Area is another great place to spot sea and birdlife while kicking back in a beautiful area. For sheer natural splendour, the sea-contoured Blowing Rocks National Preserve in Jupiter is spectacular at high tide, with its geyser-like wave action forcing itself through the fissured rocks. 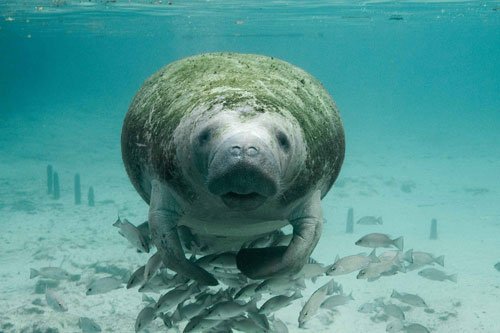 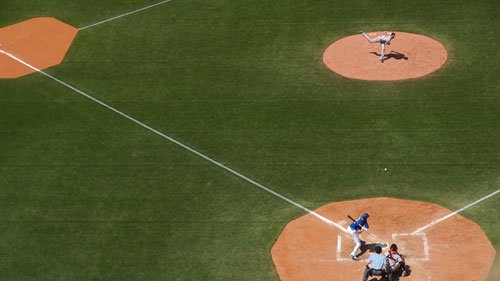 Surfing. Kayaking. Paddle-boarding. Snorkelling. Scuba-diving. Para-sailing. Need we go on? Yes, this is watersports territory at its best, with just about every kind of water-related activity you can imagine, and all within easy reach right the way along the coast.

You can also go boating and fishing in just about every way possible, hence you will never be short of an active diversion at any stage. If fresh-water angling is more appealing, head for Stick Marsh and Farm 13 Reservoirs in Melbourne, with more than 6.500 acres of stump-filled shallows and record-breaking large-mouth bass waiting to be hooked.

This is also prime golf real estate, especially in the Jupiter area, which boasts some of the most exclusive courses in the state (perhaps not surprising, when Tiger Woods makes his home here).

For spectator sport, minor league baseball is on offer in Melbourne and St Lucie from April to September, which is a great way to get a taste of pure Americana in a very relaxed and informal setting.

With the possible exception of Daytona Beach and Port St Lucie, this isn’t where you’ll find Florida’s biggest conurbations. This is small-town country, very laid back and largely beach-focused. Instead, what you’ll find is genuine local charm and individual style, notably in downtown Stuart with its enticing mix of shops and restaurants, funky New Smyrna Beach, and the period style of the downtown areas in each of Titusville, Cocoa Village (just on the inland side of Cocoa beach) and Melbourne.

Stuart has been named as America’s Happiest Seaside Town, and, with its relaxed vibe, it is easy to see why, while the classic 19th century city of DeLand was voted America’s Best Main Street in 2017, and maintains its welcoming, historic vibe today. 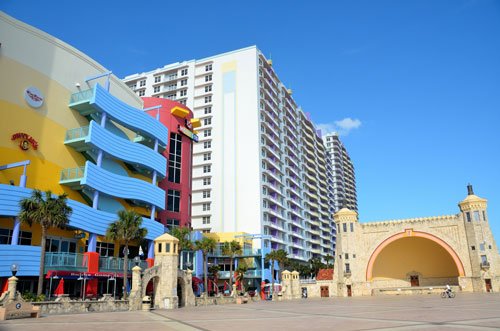 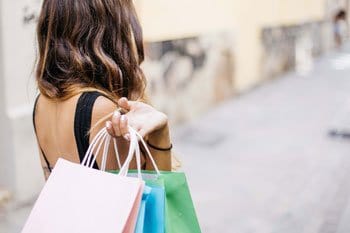 With all the beach and natural attractions, this isn’t the obvious place to come for a major shopping expedition, but you’ll still find some offbeat and eclectic possibilities along the way. Open 24 hours a day, 365 days a year, Ron Jon’s Surf Shop is a massive neon-fringed monument to aquatic culture in all its forms and a signature highlight in Cocoa Beach, and the Antilles Trading Company – in nearby Cocoa – is great for anything pirate-related.

For relaxed shopping zones, each of Brevard Avenue in Cocoa Village, South Beach Street in Daytona Beach, SE Osceola Street in Stuart, Main Street in Vero Beach and Woodland Avenue in DeLand highlight the best of the Main Street-style areas that this region has on tap. For the big mall style, head for Melbourne Square Mall for almost 100 department stores and shops of just about every kind.

It shouldn’t be any surprise to hear that the dining speciality along this stretch of Florida real estate is seafood, and lots of it. True, there are also some surprisingly diverse and gourmet-quality offerings in the likes of Daytona Beach, Cocoa Village, Vero Beach, Jupiter and Stuart, but the prime offering hereabouts is great fish, shrimp and crab, almost all of it freshly off-loaded from the nearest fishing boat.

Each town and city boasts its own locals’ seafood emporium, and you should definitely seek them out wherever you go. Dixie Crossroads in Titusville, Fat Kahuna’s Beachside Grille in Cocoa Beach, Rusty’s Seafood & Oyster Bar in Port Canaveral, Seafood Station in Melbourne, the Boathouse in Stuart, New England Fish Market in Jensen Beach and Mulligan’s Beach House in Vero Beach are all prime examples, but there are many, many more to be discovered.

For that alternative foodie-centric dining scene, check out Crush Eleven in Cocoa Village, Eighteen Seminole Street in Stuart and the Citrus Grillhouse in Vero Beach, which all offer an upscale experience with bags of culinary style that is 180 degrees from the ordinary. In downtown DeLand, craft brewery Persimmon Hollow is a must-try (along with more than a dozen smart restaurants), while the New Smyrna Beach Brewing Company is another great discovery. But don’t be surprised if you find other great local micro-breweries in Port Canaveral, Fort Pierce, Port St Lucie, Vero Beach, Titusville, Melbourne and Cocoa Beach. 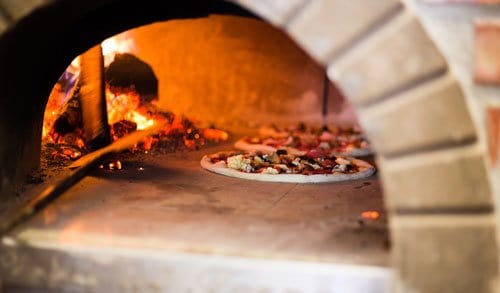 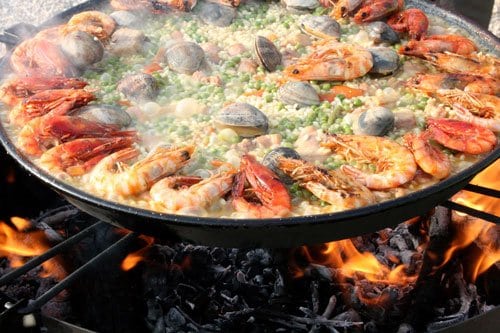 When you want that great beach experience, but with some history and excitement to go with it, this is the region of Florida for you. And, beyond the few peak times of the year, this is where you can often have large stretches of the beach to yourself as the majority of the crowds head south to the Gold Coast and Miami.