Not many people necessarily think of Florida and gourmet food offerings, and that’s a shame. For many years, the Sunshine State was the place to come for fun, frolics and theme parks, but not much else, especially when it came to restaurants. Nowadays, Florida is just as much about fine food and genuine culinary creativity as anything else.

That means your Florida holiday definitely needs to make time for some great dining experiences, as well as the regular diet of sun, sand, shopping and excitement. Not only will you encounter a greater quality of restaurant options than ever before, the variety has never been broader, and it is an across-the-board phenomenon, from Panama City Beach to Palm Beach, and St Augustine to St Petersburg. 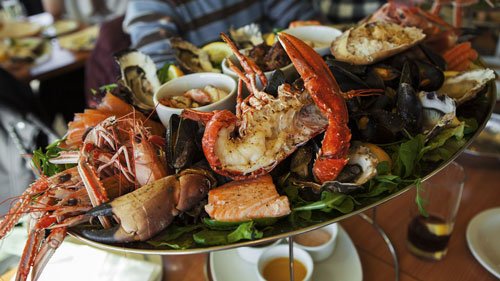 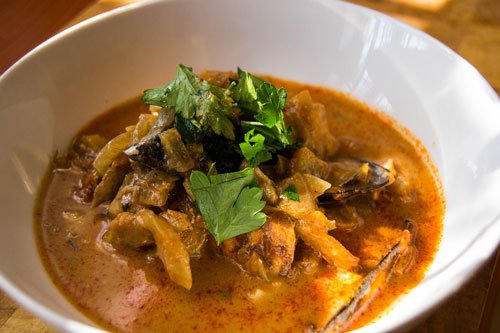 The state’s inherent cuisine is fairly basic, with strong Southern overtones. Grits, gator nuggets and catfish have typically been the culinary currency for half a century or more, but the last couple of decades have seen an incredible growth in international cuisines, fusion styles, creative directions and genuine foodie influences. New York may be the most intense for restaurant variety, but the likes of Miami, Tampa, Jacksonville and even Orlando aren’t far behind any more. Yes, Orlando, the home of theme parks – and theme park food – for more than 40 years is now the home of great dining as well.

So, for your next trip to the Sunshine State, whether it is your first or your 21st, remember to pack your tastebuds as well as your swimsuit and sun tan cream, because you’ll need them like never before.

Okay, we’ve told you what Florida food isn’t any more, now let us tell you what it is. First of all, it is amazingly diverse. With the exception of New York and California, nowhere in the US has a more varied and disparate population than the Sunshine State. That diversity includes Asian influences, European, the Middle Eastern, Caribbean and especially Latin American. You’ll still find traditional Southern food, but it has a modern and more health-conscious face. There’s Tex-Mex style and Californian chic, too.

But, most of all, Florida has developed a whole new profile in its cuisine, a slow-moving, but inescapable movement towards an all-world mix, a global combination of great ideas and even better kitchen practices. That means you can get an outstanding Cuban sandwich in Miami, Tampa and Orlando, as well as Havana; that ceviche is now a state-wide favourite, and adds to the growing profile of memorable seafood which has long been Florida’s other staple; and that fine dining is accepted as the standard for breakfast, lunch or dinner instead of the exception.

There are still variations around the state, too, and, while these are generalisations, they are true for the most part. Miami remains the home for the greatest variety of Latin cuisines, from Cuba and Mexico to Peru, Colombia, Venezuela, Brazil, Puerto Rico, the Dominican Republic and much of Central America. Miami’s Little Havana district remains the starting point for memorable Cuban cuisine, but you will also find it in Orlando, Tampa and parts of Jacksonville. Tampa’s Ybor City area is a revived chunk of genuine Cuban culture; hence it is a go-to choice for many. Tacos, empanadas, paella, pork shoulder, beef stew, guacamole, yellow rice and black beans are all typical dishes, but you will often find some extremely creative touches with those basics nowadays (witness the growing Floridian spread of Rocco’s Tacos restaurants).

As you go north in Florida, things become more ‘Southern’, with the influence of nearby states like Georgia, Alabama and the Carolinas. Grits, cornbread, collard greens, black-eyed peas and rice, biscuits (savoury scones) and gravy, catfish, fried chicken, bread pudding and every kind of barbecue known to man are all Southern favourites, and you’ll find them especially in the Panhandle and North East regions, as well through Central parts (notably Ocala and Gainesville), plus the rural areas around Orlando. 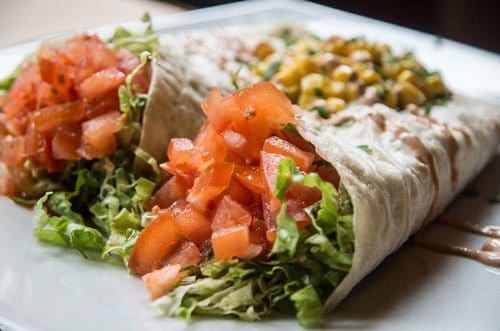 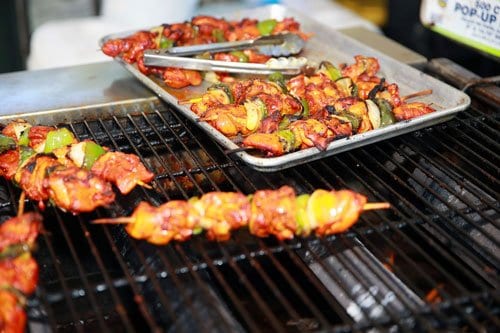 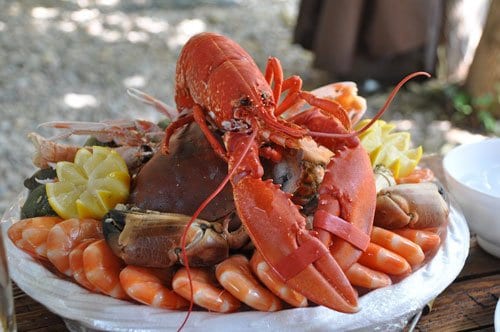 The big signature dish of all Florida, though, is seafood, with a great variety of fish, shellfish (shrimp, scallops, oysters, lobster and, in southern Florida, Stone crabs from October to May) and the Keys’ speciality of conch, which is a large – and delicious – mollusc. For dessert, Key Lime Pie is a staple menu item as it originated in the Keys and quickly spread throughout the state.

The explosive growth in craft brewing is a genuine Sunshine State phenomenon and you cannot go anywhere now without finding good local beer on offer. Some breweries are limited to small areas like New Smyrna Beach, Port Canaveral, Daytona Beach, St Augustine and Dunedin, but others are distinctly larger and have significant outreach.

Tampa is one of the biggest cities in the US for craft beer, with several dozen choices – including Cigar City Brewing, Angry Chair and Coppertail Brewing Co – but Orlando isn’t far behind (look out for Orlando Brewing Co, the Broken Cauldron, Bowigens and The Crooked Can), and Jacksonville is another good choice for great local brews. Fort Lauderdale’s Funky Buddha is fast achieving nationwide status while Swamp Head in Gainesville is another must-try. Even smaller cities like Apalachicola, St Petersburg, Boynton Beach and Lakeland (which boasts the excellent Orange Blossom Brewing Co) are worth seeking out for some memorable ales. 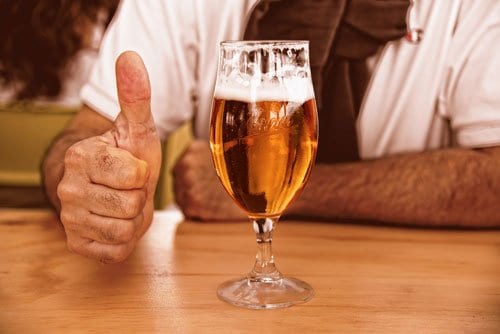 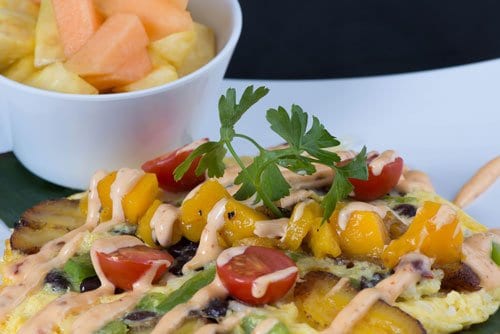 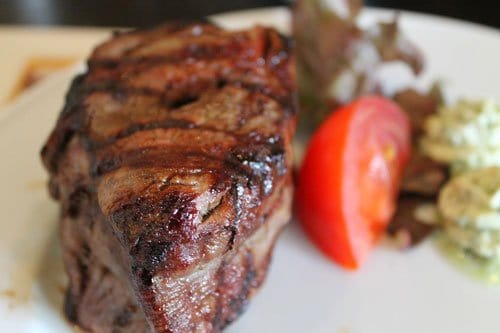 Every major city in Florida can now offer a genuine foodie experience, whether you’re into the slow food or farm-to-table movements, tapas style or just plain gourmet dining. Both Miami and Orlando have dozens of choices, many with a Latin flavour, but also with more daring culinary adventures in Asian fusion, Pacific Rim, Caribbean, Tex-Mex and New American cuisines.

Orlando has some of the best Vietnamese restaurants in the south-east US, and Tampa has Cuban-influenced Ybor City, where the Columbia Restaurant is a local institution. Another must-try is Bern’s Steak House, founded in 1956 and with one of the largest wine cellars in the world, while the foodie-specific Epicurean Hotel practically speaks for itself when it comes to good food and drink.

Arguably Miami’s signature restaurant is Versailles, a Little Havana landmark, but you only need to find one of the dozens of distinctive high-quality hotels in the city to unearth a true restaurant gem. Oft-overlooked Jacksonville branches out into rustic French cuisine at Orsay, New American at Black Sheep and sensational seafood at Azurea at One Ocean, among that city’s fast-growing catalogue of delights.

West Palm Beach is another fabulous destination for culinary creativity, with more than a dozen highly-rated offerings, from Tuscan to Brazilian, but all with a foodie touch. Likewise, Sarasota, Bradenton and Naples on the Gulf Coast each have a distinctive range of fine dining opportunities, much of it with a seafood orientation but others with plenty of farm-to-table and tapas flair. St Augustine is also a centre of significant diversity and quality, which shouldn’t be too surprising given its historic roots, but Orlando may just be the jewel in Florida’s culinary crown.

The home of Walt Disney World might not seem the obvious place for a dining adventure of the best kind, but the House of Mouse has several modern gems – like Victoria & Albert’s, one of the highest-rated restaurants in America, and the African-fusion cuisine of Jiko – and has inspired the rest of the city to follow in its footsteps. You’ll find celebrity chefs like Emeril Lagasse, Todd English, Roy Yamaguchi, Norman Van Aken, Art Smith, Rick Bayliss and Masaharu Morimoto all jostling for attention and serving up delectable dishes. Areas like Downtown Orlando, Winter Park, Dr Phillips and the ‘Restaurant Row’ of Sand Lake Road all have plenty to boast about, while the culinary ingenuity is spreading to other nearby areas, like DeLand, Cocoa Village and Mount Dora.

The real trick in Florida is to travel with your eyes – and culinary senses – fully open, as you never know what foodie feast may be waiting around the next corner!

If you would like to find out more about foodie holidays to Florida then please contact our team who will be happy to help plan the perfect holiday for you. 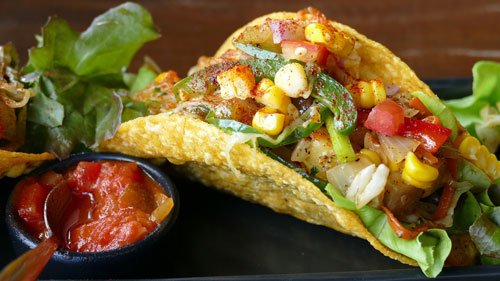