Don’t miss out on the region’s history

Most people who visit Florida do so because they’re beguiled by the modern face of the state – the theme parks, the restaurants, the shopping and the nightlife. There are others who come to enjoy the wildlife, and even fewer who are attracted by the state’s history. These latter are the smart ones and our historical holidays can be tailored to suit your interests.

Yes, the Sunshine State is packed with contemporary creature comforts and mod cons; yes, the attractions are first class and the range of activities quite dazzling; and yes, there is plenty to do in all the main cities. But to ignore the history of this region is to miss out on an essential part of the story of your holiday, the backdrop to the ‘why’ it is here, and some of the most fascinating elements it has to offer.

Just consider these two little factoids – the prehistory of Florida dates back at least 12,000 years. And the oldest city in North America is right here, too, with the first European explorers arriving in 1513, when Henry VIII was still fighting the French at the Battle of the Spurs. The advance guard hailed from Spain, via Puerto Rico, led by Juan Ponce de Leon, who claimed the new land for his country and named it after the Spanish holiday Pascua Florida, or the Easter feast of the flowers, hence it should really be called the Flower State.

The state was fought over by Spain, France, Britain, Spain again and then the US, before the Spanish finally ceded the territory to America in 1821, which then led to the two Seminole Wars and the state’s part in the Civil War. That was followed by the advent of the citrus industry in the late 1800s, and the arrival of the railroads, as led by Henry Flagler’s East Coast Line and his grand desire to take the railway all the way down to Key West, which he achieved in 1912.

That, in turn, led to mass tourism and the modern history of Florida – as the world’s favourite holiday playground. A certain Walter Elias Disney decided that Orlando would be the perfect place to develop his newest project, a whole new World, and, when that opened in 1971, the tourism face of the Sunshine State was assured.

The European who first laid claim to the state was, of course, looking for the fabled Fountain of Youth – as well as more riches for the King of Spain – and, while Ponce de Leon certainly didn’t find it (he was mortally wounded in a battle with the Timucuan Native Americans in 1521), that didn’t stop the city of St Augustine (founded 1565) setting up its own site for the Fountain on an archaeological site created in the 1860s. 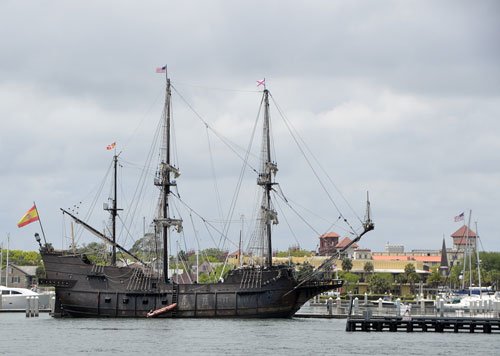 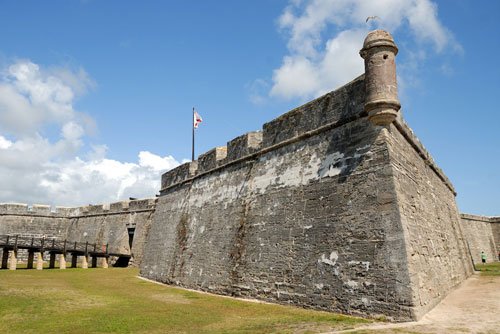 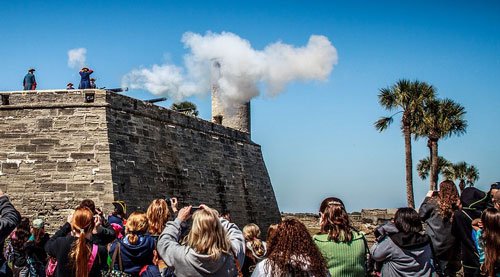 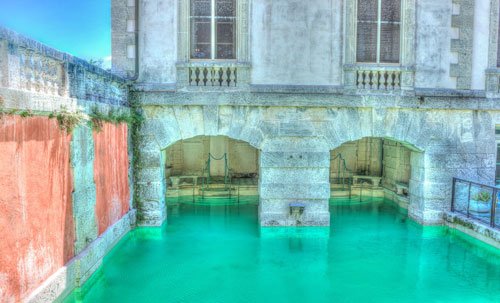 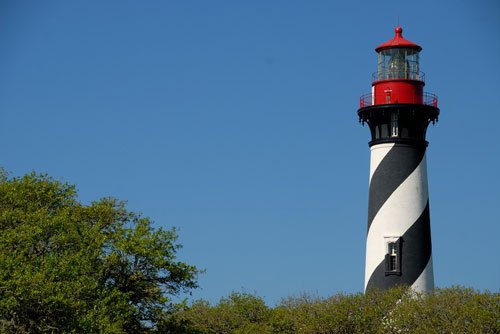 While the true historical record of the state should really be that of the indigenous peoples, who were first recorded in a series of archaeological sites that have been dated to at least 10,000BC, it is more relevant to start the ‘known’ record with the arrival of the Spanish, and that means St Augustine.

This Atlantic coast city is the repository of all things colonial in Floridian history, hence it is a great place to visit to tap into that 16th century story of the state’s ‘discovery.’ The massive Castillo de San Marco is the centrepiece of St Augustine’s Spanish heritage, but there is a lot more to explore at places like Fort Matanzas, Government House and the Fountain of Youth archaeological park. The city also presents a lot of Florida’s more recent history, too, with the likes of the St Augustine Lighthouse and Flagler College. The magnificent Casa Monica hotel should also be on your list of places to see, even if you don’t stay there, as this product of Flagler’s Gilded Age dates back to 1888.

The pioneer period of Florida covers another fascinating – and surprising – slice of history, including the fact that America’s first cowboys originated right here, and not in the West as many people think. The Spanish established the first cowboy culture in the state, and it was maintained through the 18th and 19th centuries, and it can be investigated at the Pioneer Village in Dade City (south Florida), the Panhandle Pioneer Settlement in Blountstown and the Pioneer Village at Shingle Creek in Kissimmee, which was very much at the heart of 1800s Florida cowboy culture.

For the state’s Seminole and Native American heritage, there are a number of important sites to be aware of, notably the city of Gainesville – where the University of Florida’s archaeological department has put in some great work – and at Crystal River Archaeological State Park as well as Weedon Island Preserve Cultural and Natural History Center. Historic Spanish Point in the town of Osprey is another great source of insight and history, while Portavent Temple Mound at Emerson Point Preserve near Bradenton shows off a site with more than 4,500 years of human use. In more recent terms, Fort King, in Ocala, highlights events from the Second Seminole War.

Florida is not short of Historic landmarks either, and these are especially worthy of note at Bok Tower Gardens in Lake Wales, Fort Zachary Taylor (for some Civil War history in Key West), the Freedom Tower in Miami, Ponce De Leon Lighthouse in Daytona Beach, and the funky Maitland Art Center in Orlando.

The state’s Latin heritage is another piece of essential Floridiana, and this can be enjoyed extensively in Little Havana in Miami and Ybor City in Tampa, the latter of which was the Cigar Capital of the World for many years and boasts some fascinating history.

For a state generally given little credit for its cultural chops, Florida has a LOT packed between its sea-going boundaries. Most of the big cities can boast a major museum or two, while even some out-of-the-way places like Sanford, Winter Park, Stuart, Fernandina Beach, Everglades City and Ocala have some highly worthwhile historical holidays, gems or other museum-quality offering.

Starting in the Panhandle, Tallahassee features the Museum of Florida History, the Historic Capital Museum and the St George Island Lighthouse Museum, as well as the natural history of the Tallahassee Museum, while Pensacola’s National Naval Aviation Museum is one of the best in the south-east USA.

Orlando boasts several high-quality choices, too, notably the Orange County Regional History Center, which tells the story of the region in high-quality detail, and the Orlando Museum of Art. There is also the Mennello Museum of American Art, with a focus on African-American artistry. The upmarket suburb of Winter Park is another a mini treasure trove for cultural highlights, with the superb Morse Museum of American Art – housing the world’s largest collection of work by Louis Comfort Tiffany – as well as the Cornell Fine Arts Museum, the Albin Polasek Museum and Sculpture Gardens and Maitland Art Center.

If St Augustine (and West Palm Beach) are the places to go for the full story of railroad baron Henry Flagler and his place in Florida history, the city of Tampa has the Henry B. Plant Museum, which details another great tale of state heritage, with the industry – and philanthropy – of Henry Plant. For even more history and culture, the city of St Petersburg is positively bursting with possibilities, from The Dali Museum to the Chihuly Collection, and also featuring the Museum of Fine Arts, the Florida Holocaust Museum, the Morean Arts Center, Great Explorations Children’s Museum and the St Petersburg Museum of History.

As you travel further down the Gulf Coast, two major points of interest are the South Florida Museum in Bradenton, which is a three-part journey into the region’s natural history, early Native American life and planetarium, and Sarasota’s The Ringling, an astounding collection of period pieces that is both art gallery and the story of the Greatest Show on Earth, with the full history of the Ringling Bros. circus and their stunning Ca’ D’Zan mansion.

Over on the opposite coast, West Palm Beach is another cultural oasis, with some wonderful history and heritage to explore, not least at the Flagler Museum, Henry’s former Whitehall mansion now turned into a repository of his life and times. Also here are the Norton Museum of Art, the South Florida Science Center and Aquarium and Richard and Pat Johnson Palm Beach County Museum, which is great for families in particular.

Miami, of course, boasts one of the largest – and broadest – ranges of museum choice in the state, starting with the fabulous 1920s period piece of the Vizcaya Museum and Gardens and continuing with the Perez Art Museum, Miami Children’s Museum, the fascinating art of the Wynwood Walls and Philip and Patricia Frost Museum of Science.

For more cowboy culture, seek out the Immokalee Pioneer Museum at Roberts Ranch (just north-east of Naples) and the excellent Tallahassee Museum, both of which provide more detail into this surprising aspect of Floridian life. But, for the real highlight of all Seminole heritage, both historic and modern, the must-see place is the Ah-Tah-Thi-Ki Museum in Clewiston, in the Big Cypress reservation. Here, in excellent detail and with living examples of Seminole culture, you can get first-hand knowledge of their way of life that is totally unique to Florida – and just one more reason for visiting. 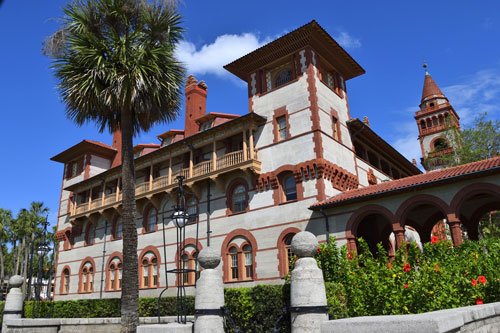 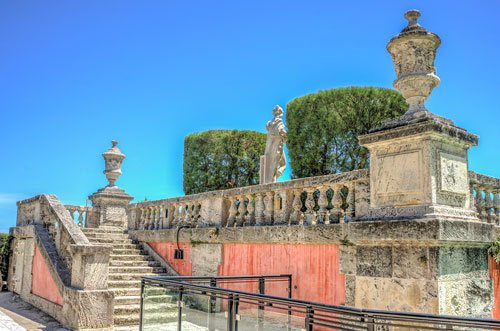 Florida is a state with a rich history ready for exploring. Whether you are an avid historian or just interested in learning a bit more about Florida’s past, there is plenty to see.

If you would like to find out more about history holidays to Florida then please contact contact our team who will be happy to help plan the perfect holiday for you. 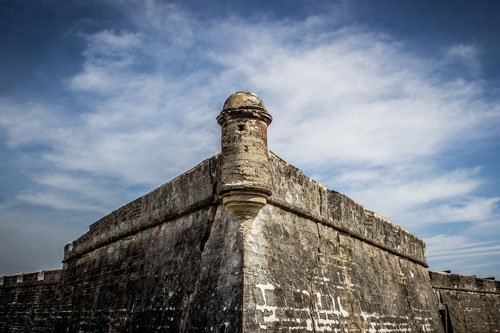