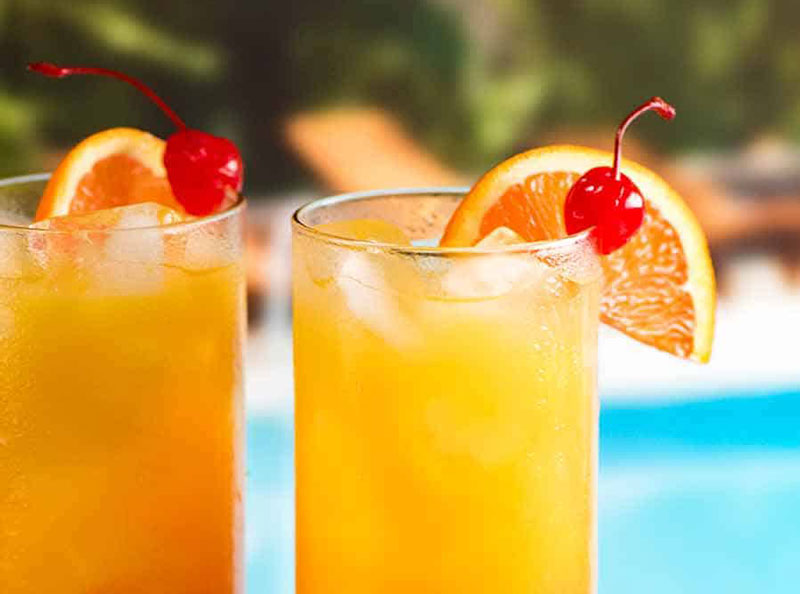 Chase away the winter blues, banish the blahs, and ditch the doldrums! It’s time for another full colour edition of our winter warmer, courtesy of all the charm and delights of our favourite destination.

Yes, it is another in our series of alternative looks at the Sunshine State, a taste of the fervour of Florida, and the expulsion of those mid-winter glums that we so often feel at this time of year.

After Pink Monday and last week’s Green Monday, we now offer you Yellow Monday, starting with our weekly Facebook post to get things rolling. This really is where we leave the seasonal suffering behind and transport you to that alternative playground that is just waiting for its international visitors to return.

And, when it comes to the glories of yellow, Florida can offer a fabulous array of possibilities that all come with that lustrous golden hue.

The most obvious one, of course, is the simple fact this IS the sun-shine holiday capital of America. With an annual average of 76 per cent sunny days, that means you are assured of the chance to bask in the reviving warmth for most of the time you are here. There can be some heavy rain at times, but it rarely lasts long, and Mr Blue Sky is never far away.

The fiery yellow orb of the cosmos continues to bathe the whole state in its welcome glow, and those seeking a good tan to go with their two- (or three-) week break are never disappointed. The sun is simply guaranteed.

At this point, you’re probably expecting us to follow up the sun with the sand. They do, normally, go together like Morecambe and Wise, or beans and toast. The image of golden sands, stretching away for mile after mile, is often a classic feature of the old tourist brochures.

Except that our state’s beaches, aren’t gold, yellow or even the hint of any buttery substance. They are white. Pure, gleaming, pristine white. And sandy in the extreme, to the fine quality of castor sugar in many places. While the more mineral-heavy beaches of southern Europe tend to be that classic yellow, Florida’s are 99 per cent quartz, of an almost pure quality, making them gleam in the sun. Blended with tiny shell, coral and fossil fragments, their whiteness can be positively dazzling.

But if the beaches don’t add to our Yellow Florida, what does?

How about the state’s wildflower? Coreopsis, or tickseed to give its colloquial name, is a vibrant daisy-like plant that is used in many roadside plantings and highway beautification programmes for its daisy-like brilliance. A field of coreopsis can make for a luminously golden display.

At the risk of sounding like Monty Python, you can also consider the birds…

“Have the birds got jobs?”

“He says the birds are scrounging.”

“So what are you worrying about?”

“I’m worrying about what you’ve got against the birds….”

From the American Goldfinch to the Palm Warbler, and the Eastern Meadowlark to the Common Yellowthroat, the birdlife can be strikingly yellow. Or visit SeaWorld’s Discovery Cove park in Orlando and you may just find a gorgeous Sun Conure will use you for a perch!

Ardent fans of Walt Disney World will also tell you that the must-have treat in the Magic Kingdom park (or at the Polynesian Village Resort) is the wonderfully pineapple-flavoured (and coloured) Dole Whip, a heavenly concoction of soft-serve frozen dessert that goes perfectly with a day in the theme park.

And, continuing the food theme, there are Yellowfin Tuna that provide great sport for deep-sea fishermen – and even better eating once they are on your plate at dinner-time. It often makes a memorable ahi tuna salad or, at the Captain & Krewe seafood market in Naples you can buy sushi-grade Yellowfin by the pound, and that’s a real Florida treat!

Talking of treats, beer drinkers are now spoiled rotten for choice of craft breweries in the Sunshine State. There are more than 200 of just about every kind, from the Panhandle to the Keys, and everywhere in between.

This is important because

The Keys are home to several notable choices in this genre, such as the Islamorada Brewery and Key West’s First Flight, while Tampa is Craft Beer Central in many respects, with some of the oldest breweries in the state and an enormous range.

But it’s hard to go wrong in this respect, as just about everywhere now has its own brewery, taproom or brew-pub, and you will never be short of the old amber nectar, as a certain Australian actor used to say. In this case, we like to highlight Two Henrys Brewing Company in Plant City, between Orlando and Tampa, because their Gilded Age Golden Lager really hits the spot for a great taste (and a great photo!).

Seeing as you are on holiday, this is also the time to consider a memorable cocktail or two, and there are some suitably delectable choices for those, too, especially of the right colour. Fancy a Yellow Bird (actually a Bahamian creation, but popular in Florida)? Or a Yellow Hammer? How about a Pineapple Smash or Top Banana? Or you could just go old school and knock back a classic Tequila Sunrise.

You certainly won’t be short of choice, and we can definitely recommend the world-famous Ball & Chain bar and lounge in Little Havana, Miami (founded 1935), where the Bananita Daiquiri is a local speciality, and worth travelling a long way for, along with their outdoor stage – fashioned like a giant, hollowed-out pineapple!

You will also find some suitably mellow yellow buildings and icons in Florida, especially in Miami, and especially in the Art Deco district of South Beach. This is where you will find the classic Marlin Hotel (built in 1939) and boutique Leslie Hotel (1937) on Ocean Drive, symbols of the city’s 1930s glories, as well as the vivid yellow historic landmark of the Haulover Park Lifeguard Station and Lighthouse.

But, if you’re looking for THE signature yellow image for Florida, you should look no further than Cocoa Beach’s famous Ron Jon Surf Shop, where this sprawling, vibrant blue-and-yellow concoction truly captures the outgoing, outdoorsy spirit of the state with a mix of thrills and humour. The Sunshine State revels in its sense of laid-back holiday charm, and Ron Jon’s is very much the Sunshine Shop.

Now, who’s for a Tequila Sunrise…?