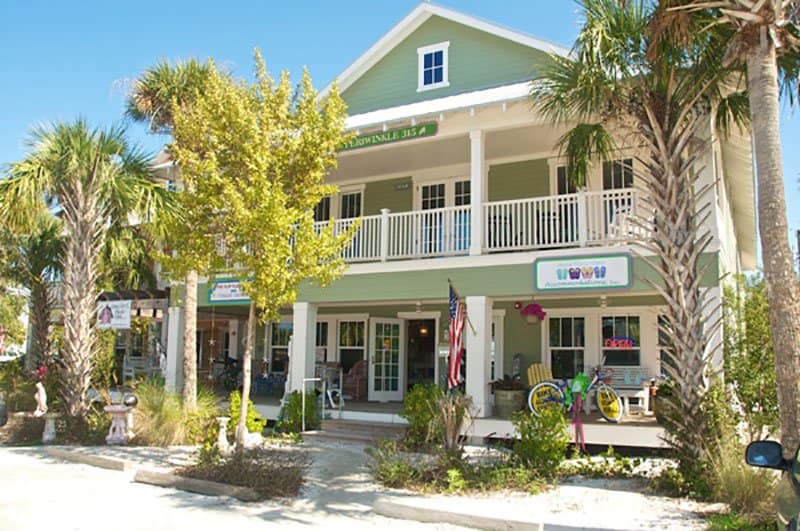 When you’re looking for that ‘somewhere different’ destination; that offbeat location that has a distinct, unique charm; somewhere that gets you off the beaten track and discovering something new – let us introduce you to Anna Maria Island.

Stuck firmly in a backwater mindset somewhere between tomorrow and the late 1920s, this little seaside hideaway of barely 8,500 people is at once distinctly Floridian but also a product of pure technological inspiration.

And, when it is a figurative stone’s throw from several uber-modern cities on the Gulf Coast, it is even more surprising when you happen upon its offbeat persona.

Where Is Anna Maria Island?

Some 50 miles south of Tampa, 20 miles north-west of Sarasota and 10 due west of Bradenton, this glorious beach destination, with its attendant city of Anna Maria, is part of the long, dazzling barrier island chain that fringes the coast for almost 25 miles on non-stop seaside nirvana.

From Tampa, take motorway I-275 all the way south to Terra Ceia, where it branches off as Highway 19. Continue south to Bradenton, then turn right onto Manatee Avenue, right through the city, across Palma Sola Bay, past Neal Preserve and on to the island at Holmes Beach.

Turn right on to Gulf Drive and Anna Maria spreads out on both sides of the road, with the Gulf on your left and the Intracoastal Waterway on the right for a superb maritime vista virtually everywhere you look.

There are five main public beaches, but almost the entire island is fringed by pure white sands to give this a true tropical paradise idyll.

It is barely half a mile long, encompasses fewer than 40 shops and businesses, plus a church, historical museum and 70-year-old theatre, but Pine Avenue at the heart of Anna Maria Island might just be the future of tourism.

Hailed by the UN’s World Tourism Organisation for its ‘green’ credentials as an example of Zero Net Energy output and environmentally-friendly development, Pine Avenue has quietly become the Sunshine State’s poster child for ecological holiday-making.

Some of it is exactly what you would expect in a state that nearly always has ‘Sunshine’ appended to it, with extensive use of solar power. But other aspects are more surprising – and far more enterprising.

What is the History of Anna Maria Island?

It is a journey more than 100 years in the making, from the Island’s early 20th century hey-day as western Florida’s premier tourist hang-out, with steamers arriving daily from Tampa, Bradenton and Sarasota to disgorge hundreds of excited vacationers eager to sample the sugar-white sands, rich fishing and unspoilt coastal vista.

From 1910 to the late 1920s, the new arrivals would wander down City Pier in their Sunday best, promenade along Pine Avenue, and hire woollen bathing suits to dip into the Gulf of Mexico from the ramshackle Bathhouse on the beach at the end of the street.

The idyll was all but lost during The Great Depression and post-War austerity, finding its feet again in the early 70s only to stagger once more thanks to the Great Recession in 2008. From the depths of that second calamity, Pine Avenue has led a modern renaissance, carving out a new identity for the Island as an authentic, historic and community-focused destination that just happens to be at the forefront of sustainable tourism.

How Has This Modern Sustainability Happened?

It’s probably not what you’d expect in this laid-back seven-mile-long barrier island, with its low-rise profile and pristine beaches, but the ‘greening’ of Anna Maria Island is a relatively modern phenomenon that has a lot to do with two men, Michael Coleman and Ed Chiles.

Two years ago, we paid a visit to the island to talk to Michael, who we’d heard about from the Bradenton Area Convention and Visitors Bureau, and we were keen to ask him about the back-story to this remarkable turn of events.

The 70-year-old was sitting comfortably on one of the rocking chairs on the communal front porch of one of the pastel-coloured two-storey cottages lining the street, buildings that house shops and cafes like The Donut Experiment, Poppo’s Taqueria and Spice Merchants grocery. Starbucks and Co are notably absent.

As it turns out, Pine Avenue owes a lot to this avuncular septuagenarian, who, in partnership with local restaurateur Chiles, created the Pine Avenue Restoration company and set about not only restoring the heart of the island but rebuilding it to prevent the waste of precious resources and reduce the impact of the half-million-plus visitors each year.

What Did The Pine Avenue Restoration Project Entail?

Derelict lots were bought up and incorporated into the master-plan. Ramshackle 1930s clapboard homes were demolished and rebuilt from modern, energy-saving materials, reinforced to withstand the hurricane-strength winds that occasionally lash this part of the coast.

Concrete paths were ripped out and replaced with native pathways of crushed shell and sand, which drain better; rainwater collection systems were built; water-thirsty plants were ditched for drought-resistant species; and extra-wide covered porches were added to most of the new buildings to provide welcome shade and reinforce the community vibe.

Michael told us: “It all has to be practical, measurable and sustainable. People congratulate us on the ‘renovation’ of so many properties without realising they aren’t more than 10 years old. They all look like they’ve been here a long time but they are our own architectural style and construction.

“A chance visit brought the United Nations people here in 2014, we got talking about the project, and suddenly we were a worldwide example of sustainable tourism! It wasn’t what we set out to do. We wanted to recreate a genuine downtown area, but it just grew that way, and now we’ve been dubbed ‘the Greenest Little Main Street in America’.”

While Chiles and Coleman were working at one end of the Avenue, at the other, Lizzie and Mike Thrasher were building their vision of eco-friendly tourism at the Historic Green Village, incorporating three 100-year-old cottages into a collection of shops, all using smart technologies to create Florida’s first Zero Net Energy campus.

The Thrashers hailed from Hampshire, visited on holiday in 2005 and fell in love with the Island. They saw a unique opportunity to meld the ‘old’ with the sustainable ‘new,’ and went to work on a solar-power plant that produced more energy than they used, along with rain-water and storm-water capture systems, a ground source heat pump and heat exchange for cooling, and free recharging stations for the Island’s burgeoning array of electric vehicles.

From the General Store at the heart of the Village, Lizzie – who founded organic baby food company Organix in 1992 – says: “Green projects and protecting our environment have always been a personal passion, and we were driven by wanting to use the island’s wonderful natural environment to deliver a sustainable development, which is what we created with the Village.

“We also felt there was so much history here, we wanted to protect some of the wonderful buildings, which is why we re-developed, or re-cycled, three properties. We were delighted to work coherently with the work Mike and Ed have also contributed on Pine Avenue, and we hope it will inspire others not only in the Anna Maria community but across the world.”

Pine Avenue is now far greater than the sum of its parts. The promenade of visitors in their finery has given way to tourists in T-shirts and flip-flops, but the old Bathhouse – converted to iconic beachfront restaurant The Sandbar in 1946 and given an upmarket makeover by Chiles recently – is still in business, and the original 1913 Roser Chapel continues to welcome the faithful.

Sadly, the 1911-built City Pier collapsed under the weight of Hurricane Irma in September 2017, but a $4.5million reconstruction project restored at least part of its historic façade, complete with an all-new family-style seafood restaurant and gift shop right next to Bayfront Park, and the message of sustainable tourism is now stronger than ever.

Getting around couldn’t be easier as the free Island Trolley runs daily from 6.am-10.30pm, while both electric cars and golf carts are available for rent and are a genuinely fun way to sight-see.

The Sandbar remains a true island institution, with a great array of ultra-fresh seafood and sophisticated twists on classic beach fare, while Pine Avenue boasts its own array of cafes, including the popular Poppo’s Taqueria and essential breakfast fare at The Donut Experiment.

Where To Stay On The Barrier Island

For a luxurious base while you explore the full, gorgeous 25-mile extent of this barrier island playground, seek out The Resort at Longboat Key Club, just to the south. Here, with its private beachfront and fabulous sports amenities – plus five restaurants – you can relax in a genuine seaside haven that boasts a superb Spa and even its own marina for a choice of various boating and fishing charters.