Where to go Shopping in South Florida – Top 10 Places 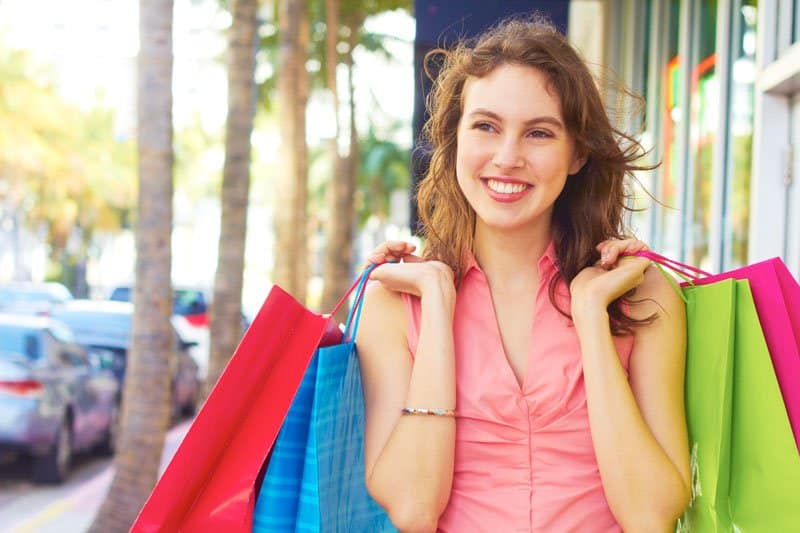 Florida didn’t invent shopping. In fact, it was well into the 20th century before it really got with the big retail beat. But it sure as heck has made it a speciality since then!

And there is nowhere in the Sunshine State that has quite as much shopping clout – and variety – as the South, with the cities of Miami, Fort Lauderdale and Naples practically holding a lock on one of the great (and often unnoticed) attractions Florida has to offer.

Shopping may not be THE reason you make this wonderful part of the world your next holiday destination, but it will certainly feature significantly at some point, and it will tempt your wallet like nothing else.

And, when you discover a destination like the Design District in Miami, you’ll be on to one of the region’s best secrets – a living, breathing exercise in cultural modernism and creativity.

Why shopping in South Florida is a big deal

American shopping malls set the tone for modern-day retail therapy back in the 1970s, and they have been refining the concept ever since. In South Florida, things coalesced around a series of developments along the Miami-Fort Lauderdale axis, led by the Broward Mall, which opened in 1978 and has evolved and expanded ever since.

The Town Center at Boca Raton arrived two years later, swiftly followed by Miami’s Aventura Mall, which quickly took the crown for the state’s largest, despite competition from Orlando’s Florida Mall in 1986.

The town of Plantation, just west of Fort Lauderdale, joined the growing trend in 1988 with the Fashion Mall (a foreshadowing of things to come in this area), following in the more modern, tourist-influenced footsteps of Bayside Marketplace, which set a new benchmark for shopping-as-entertainment, a style that has been a Florida trademark ever since.

Indeed, Bayside proved a key marker in Florida’s impressive shopping compendium thanks to Miami’s 1980s boom. For the first time, a whole development was pitched as much to visitors as locals, and those tourists discovered that it made a great companion with spending time on the glittering beaches and enjoying the nightlife. 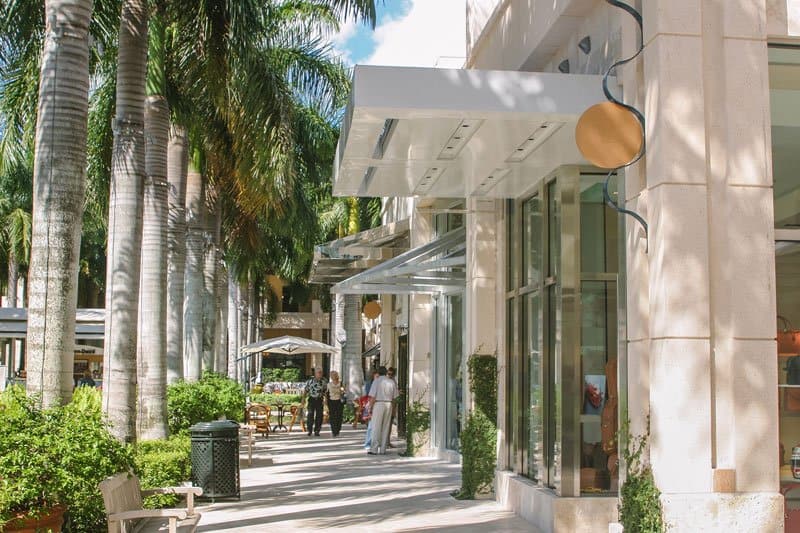 Ever since, virtually every new retail development has been undertaken with visitors in mind, and there are now dozens of outlets that owe their existence to the state’s quality-conscious tourist profile.

This is clearly Good News for your next visit to this vast holiday playground, but it is also a conundrum – how do you locate the best of the best from this extensive shopping scene? That’s where we come in.

We’ve had an overview of South Florida’s malls and outlets for more than 40 years and, with our transatlantic know-how, we can steer you towards the ones that are likely to give you not just a terrific variety of stores, but also a great Floridian experience – as well as a bargain or three!

With that in mind, we have a tried-and-trusted Top 10 for the region that ensures, if you visit any of these, you will have sampled an essential piece of the retail bounty:

In the heart of Fort Lauderdale, and a fixture here since 1980 (when it was rebuilt as an enclosed mall on the rubble of the old Sunrise Center shops), The Galleria is a glorious example of Florida’s indoor shopping culture, combining glitter and glitz with out-and-out practicality. Just to start with, it boasts three keystone department stores – Dillard’s, Macy’s and Neiman Marcus – that are surrounded by a wealth of small, specialist shops that run the gamut from high fashion (H&M, Banana Republic, Pink, Michael Kors) to sporting goods and fitness. The bright airy design mimics the style of Fort Lauderdale itself, while it also comes with the bonus of being on the city’s signature water taxi route (stop No. 7), making for a novel way to arrive and depart.

One of Miami’s more recent entries in the ‘Chic Shopping’ category, Merrick Park is an eye-catching outdoor complex of upscale shops and delightful restaurants, or what they like to call a ‘Lifestyle’ centre. Ideally located in the swanky suburb of Coral Gables, this is the place to come to soak up some sun while you window-shop, then make sure you have a memorable meal to top it off. Big-name stores include Hugo Boss, Gucci, Carmen Sol, Jimmy Choo and Louis Vuitton, while top dining outlets are Perry’s Steakhouse, the Mediterranean-Japanese fusion of Sawa and the expansive gastropub style of The Yard House.

With so much to choose from in the Miami-Fort Lauderdale axis, it would be easy to overlook the charms of neighbouring Boca just to the north, but that would be a major blunder as this is another top-notch experience. Anchored by Saks Fifth Avenue, Macy’s, Nordstrom, Neiman Marcus AND Bloomingdales, the whole mall includes 200-plus stores that are as enticing as the glittering main entrance plaza. Brand new is the super-chic Gallery Lounge by Salvatore Principe, a fun, live art gallery with artists in residence, while you can also kick back with the superb brews of the Prosperity Craft Beer and Wine Bar, for all the best local tastes.

When it comes to the biggest, Miami still rules the roost. With five regular department stores, the Aventura Mall’s three-storey extent boasts fully 2.7 MILLION square feet of retail wonderment, continuing its rule as Florida’s largest conventional mall (and the third biggest in America). In addition to its 300 shops, it also features a 24-screen cinema complex, an extensive art collection and four huge, multi-storey car parks. You can even take a free guided tour of the mall’s eye-catching art collection on the first Tuesday every month at 6.30pm. When you’re looking for simply the best and most fancy, only Bal Harbour has that extra cachet of exclusivity and indulgence, with the kind of big-name brands that also ring out in places like Beverly Hills, Bond Street and Upper Fifth Avenue. The first stores opened here in 1965 and have maintained that air of ultra-luxury ever since. This is where you’ll find Graff diamond ear-rings; Pinko couture and the ultra-trendy handbags of Bottega Veneta and Miu Miu; delectable dining in the form of celebrity brasserie Le Zoo and Italian café life at Carpaccio; plus pop-up events and fashion shows.

A more recent addition to Miami’s hectic shopping scene is this 2001 example of the art that offers a little bit of just about everything, from the big stores and boutiques to a highly tempting array of outlet shopping and active entertainment options. With more than 240 stores, Dolphin Mall features big-name designers (Michael Kors, Coach and Huge Boss), mainstream retailers (Adidas, Nike, Converse and Hollister among many others) and the all-out entertainment of Dave and Buster’s (games and dining), Cinebistro (dine-in cinema) and high-energy fun of Bowlero activity centre. And check out Bass Pro Stores – the big, outdoorsy super-store – for something completely different.

While Miami and Fort Lauderdale might hog the retail limelight for sheer quantity, over on Florida’s south-west coast, the city of Naples has carved out a niche for itself with two high-class districts that maintain the high-street style of yesteryear while providing all mod cons. Fifth Avenue South leads the way (as it has since the 1920s) with its blend of upmarket fashion, blissful spas, unique art galleries and sheer, unadulterated glamour. This is also the place to come for a memorable meal, with several dozen fine-dining outlets, including Ocean Prime, Truluck’s, The French Brasserie & Bar and Alberto’s. Sister neighbourhood Third Street South doesn’t pale by comparison, though, with a complementary array of sophisticated shops and charming cafes, all set along inviting courtyards and antique fountains that echo the city’s well-to-do-but-gracious ambiance. 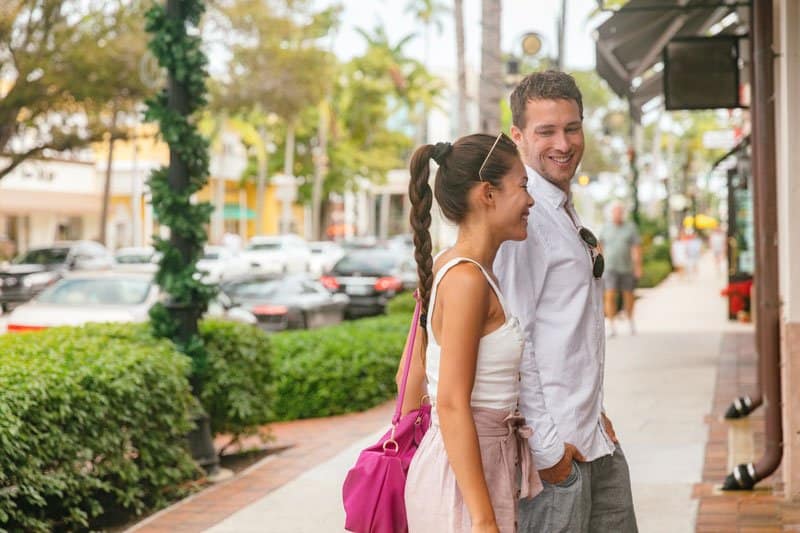 Miami’s South Beach Art Deco district can certainly turn a few heads when it comes to its architecture, but travel just a little way to Lincoln Road and you discover the true heart of the area, with eight distinctive blocks of happening fashion, lively entertainment and pavement café style. At almost a mile long, this pedestrianised street is the place to see and be seen; to linger with a drink or two at one of the rooftop bars; to browse through some 80-plus boutiques and designer stores; and to soak up that distinctive South Beach vibe. For those looking for the latest trends in shopping, design and culture, Miami’s blossoming Design District is the place to go. This creative neighbourhood of shops, restaurants, art and architecture is arguably the hottest commodity in South Florida. Boasting a line-up of more than 120 stores like Hermes, Fendi, Dior and Cartier, and fine dining opportunities galore (we like the food hall concept of St Roch Market and the Latin flavours of Estefan Kitchen), it has established itself as a unique destination in its own right, with a futuristic vibe that is part living art gallery and part cultural innovation.

The final entry in our South Florida Top 10 has to go to this monumental edifice to outlet shopping at its most enticing. Since it opened in 1990 in the town of Sunrise (a close neighbour of Plantation), Sawgrass Mills has been the flagship centre for the tourist-oriented retail honeypot that the region has specialised in. It boasts a staggering 350-plus stores – including the high-volume offerings of Bloomingdale’s, Burlington Coat Factory, Gap Outlet, Nordstrom Rack and Last Call by Neiman Marcus – as well as a litany of dining and entertainment options, including a 24-screen cinema multiplex and a massive indoor activity centre, The Game Room. In all seriousness, you could spend a week here and still not see everything, while there are 52 (count them, fifty-two!) places to eat. And, with 30 million visitors annually, this is second only to Orlando as a top visitor attraction. 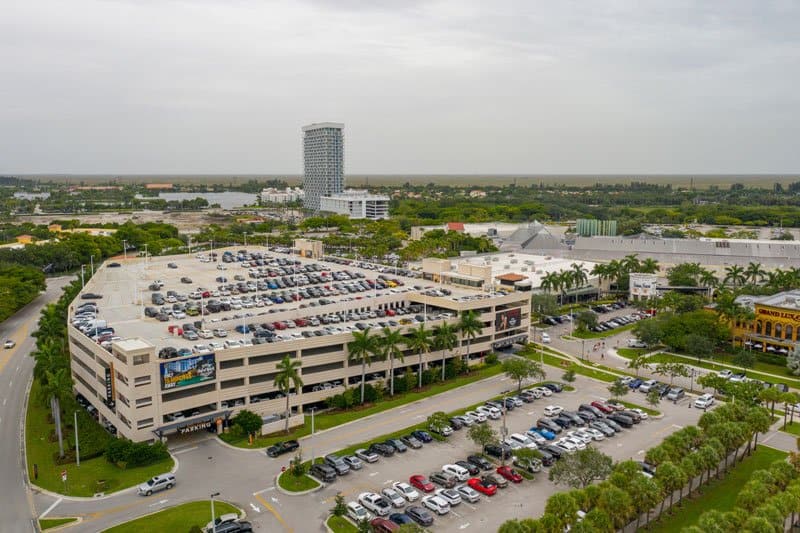