Miami and The Keys – An Idyllic Florida Combo 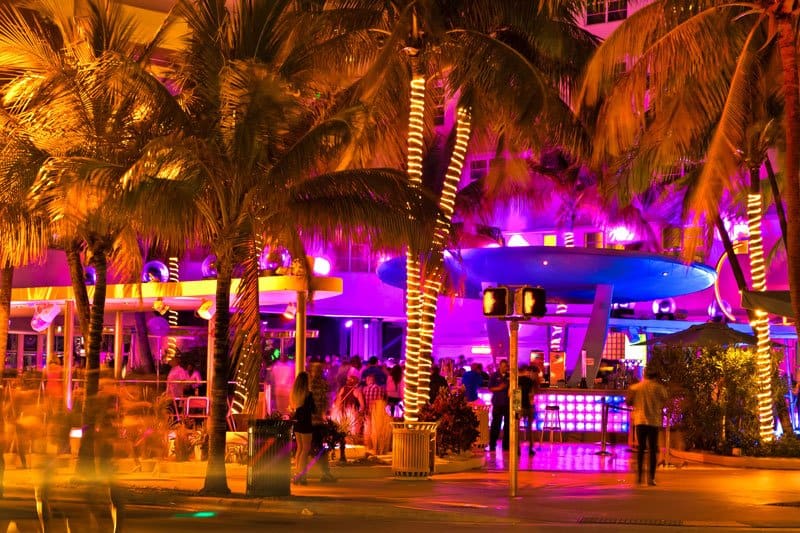 With so much to see and do in the Sunshine State, it makes sense that you’ll want to see as much of it as possible, whether you have just one week or as many as four.

Bearing that in mind, we thought it would make sense to put together a series of twin-centre combinations that highlight a broad cross-section of Florida’s wide-ranging attractions and ensure you get as much value as possible from every visit.

We’re going to start with the obvious in this instance, with the contrast of the most distinctive city experience – Miami – followed by the full-on nature of the Florida Keys, where the pace is distinctly laid back and shorts and flip-flops are the official dress code.

The two destinations are little more than an hour apart (from Miami to Key Largo; the full journey to Key West takes almost four hours), but light years in terms of their style and ambience.

The former – made famous by the glitzy TV programme Miami Vice in the 1980s – comes with heavy overtones of Latin America, a vibrant, exuberant city that delights in its beachfront territory but also offers some of the most effervescent nightlife in the USA.

The Keys, on the other hand, are where Florida meets the Caribbean, an uber-chilled stretch of island life that runs out just before it reaches Cuba. They have only been connected to the mainland for little more than 100 years, but they are in no hurry to make up for lost time!

The Best of Miami

The Magic City, Biscayne Bay Country, Gateway to the Americas, City of Pleasant Living or just Little Cuba, Miami has had various nicknames since its founding in 1896 when railroad baron Henry Flagler brought his East Coast Railway to south Florida.

Today, Miami is synonymous with holiday excitement and revelry, boasting 35 miles of pristine coastline, fringed by white-sand beaches, palm trees and some of the most eye-catching resorts and condos in the south-east.

It is rightly famous for its Latin-influenced culture, its nightclubs, modern art and great restaurants. It boasts the country’s largest Hispanic festival – Calle Ocho – each March, with a combination of music, art and dancing that rivals Mardi Gras in New Orleans.

More importantly, it is perfectly set up for visitors along the long extent of Miami Beach, from the historic section of South Beach, with its glittering Art Deco architecture and heritage, to Golden Beach, where Hollywood and Fort Lauderdale take over the maritime aspect.

This is also Cruise Central, with the busy Port of Miami seeing more cruise traffic than anywhere else in the world, hence Lummus Park – with its South Pointe Pier – is the place to be each evening to watch the sea-going leviathans leaving on their next voyage.

You can’t go wrong for a great beach experience anywhere along this vast shoreline, though. Instead, you might want to focus on the allure of one of the impressive resort hotels that line the seafront, where you can practically step straight on to the sands and enjoy blissful walks to the north or south.

Our current choices would be the famous Fontainebleau, which has attracted the celebrity crowd for decades, the wellness-focused Carillon Miami, where the cutting-edge Spa is a haven of pampering, and the Ritz-Carlton in swanky Bal Harbor, with its own swathe of beach perfection. For the Art Deco district, look no further than the splendid Hilton Bentley, which puts you within walking distance of many of the area’s glamour spots.

Alternatively, stay in the heart of the city, with a different array of attractions, including Museum Park, the Wynwood Art District, the beautiful suburb of Coral Gables and fabulous Vizcaya Museum. Take your pick from high-rise gem the Kimpton EPIC hotel, with its uber-sophisticated style, and the iconic Hyatt Regency, in the trendy Brickell neighbourhood and with its serene Exhale Spa.

The Best of the Florida Keys

If Miami enchants with its 35-mile-long beach scene, the Keys offer no fewer than 125 miles of totally spectacular sea-going splendour. No island is more than two miles in width, while the longest – Key Largo – extends 30 miles in length and is barely half a mile wide.

The full drive to Key West is one of the most dramatic in America and includes the engineering marvel of Seven Mile Bridge. In many places, the sea is only yards away on either side of the main highway, and the piercing azure quality of the water is totally breathtaking.

This is the sport-fishing capital of the world, but also magnificent scuba-diving and snorkelling territory, where many of the attractions are either on or under the water, but also with some of the best seafood on the planet. Pink shrimp, conch fritters, stone crabs, spiny lobster, hogfish and mahi-mahi are all local specialities, and any menu that doesn’t offer a mahi sandwich or key lime pie should be treated with deep suspicion.

Key Largo features the unmissable attraction of John Pennekamp Coral Reef State Park, with the largest coral reef in America and various ways to explore it, including in glass-bottom boat rides that illustrate the undersea world in glorious technicolour without getting wet.

From Key West, the place to visit is the Dry Tortugas National Park, an island enclave reachable only by ferry or seaplane, where 19th century Fort Jefferson is a mind-boggling feat of construction on its rocky islet and the snorkelling is some of the most vivid anywhere.

Bahia Honda State Park is another lovely natural wonder to explore on your drive down while, on the island of Islamorada, the Theater of the Sea provides an opportunity to swim with dolphins as well as showcasing a variety of marine life, including sea lions, stingrays and sharks.

And then there are some equally enticing places to stay. On the way, consider any of the new Isla Bella Resort on the southern tip of Marathon, Hawks Cay on Duck Cay, Playa Largo Resort and Spa, Cheeca Lodge and Spa and the lovely Amara Cay Resort. Then, when you reach Key West, be prepared for the historic charms of Casa Monica – the last of the great Flagler hotels – or the modern deluxe allure of the Hyatt Centric Resort and Spa, with its terrific array of water-sports

For the ultimate in luxury and seclusion, choose either the newly-renovated Little Palm Island Resort, exclusively set on its own private island, or Sunset Key Cottages, situated just 500 yards off the tip of Key West but a world away in terms of relaxed solitude.

Combined in this way, this holiday offers bags of style, charm and genuine Florida nature to ensure you will return feeling invigorated, pampered and refreshed. Doesn’t that just sound like the epitome of the perfect vacation…?

Click here to see our latest offers at some of these fantastic hotels.