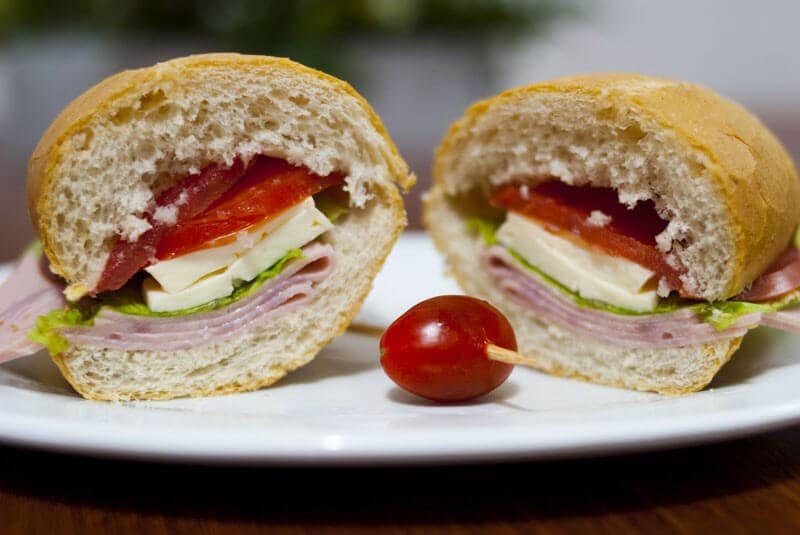 Florida is home to some of the most delicious food creations. If you plan your holiday around your stomach and you’re looking for your next adventure, talk to our team on 0800 669 6409 who will be happy to help create a bespoke Florida holiday for you.

The Cuban sandwich is a variation of a ham and cheese sandwich, made with ham, roasted pork, Swiss cheese, pickles, mustard, and sometimes salami, all on Cuban bread.

The sandwich isn’t from Cuba, or so the story goes… it’s from Tampa, but it’s also from Miami, but called the Cuban sandwich, confused? Don’t worry, so were we.

The claim from the people of Tampa is that in the early 1900s, Tampa was the home of Cuban immigrants, as well as many from Italy, Spain and Germany who flooded to the area to join Ybor’s cigar industry. The Cuban sandwich was a simple snack for hungry cigar workers, but with so many influences from around the world, it underwent a lot of changes. The Cubans brought the marinated roast pork, the Spanish brought the ham, the Germans and Jewish immigrants brought the Swiss cheese, pickle and mustard, and the Sicilians brought the salami.

Miami’s argument is that by the 1960s, the city had gained a large influx of Cuban residents after the communist revolution on the island, causing a wave of Cuban expats to settle in Miami. The Cubans also brought their culture and cuisine with them, including the Cuban sandwich.

To set things straight, in 2012, the Tampa City Council approved a resolution to end the controversy by establishing the “Historic Cuban Sandwich” as the city’s signature sandwich. However, the debate between Tampa and Miami still rages on. Despite the controversy, the most symbolic thing is that it represents people of different cultures in Florida coming together to produce something very very delicious.

The Cuban sandwich isn’t always easy to come by in the UK, so why not try making one yourself. Use the recipe on Food Network and share your very own masterpiece with us on Facebook.

Visit Tampa Bay’s video explores the history of the Cuban sandwich and what it means today.

Let us help you design your perfect holiday

Your holiday should be as individual as you are. Let us help plan your next perfect trip. Speak to one of our Florida experts today on 0800 669 6409 or click the link below and we can make your dream become a reality.